It seems likely that members of Congress will go home and campaign for reelection without giving state Departments of Transportation the stability and ability to plan for the infrastructure developments that were promised in the FAST Act. With government funding set to expire on 30 September, there has been no final action on the 2017 Transportation, Housing and Urban Development appropriations bill planned as of now.

Congress will probably consider a continuing resolution that would keep federal programmes at their 2016 levels and keep the government open. In fact, Congress is withholding US$1 billion of new transportation funding promised ad part of the FAST Act, meaning hat states will be left with only the existing funding levels to support transportation projects.

States are still expected to receive authorised increases from the FAST Act, but will only do so after Congress passes an entire fiscal 2017 funding package, which would not likely occur until after the November elections. Yet, there is still time to urge Congress to properly fund transportation projects before 30 September deadline.

“Year after year Congress does the politically expedient thing rather than properly supporting the nation’s transportation infrastructure. Delaying increases in funding result in fewer jobs created and more uncertainty at a time when economic investment in our communities is needed more than ever,” stated Michael W. Johnson, NSSGA president and CEO. “Although the total amount being withheld is relatively small, the symbolism is important. It’s more evidence of the need for Congress to do its job on time, every year and pass appropriations bills. NSSGA will continue to keep the pressure on Congress to do their job, which is not just getting reelected.”

“NSSGA strongly urges the aggregates industry to contact their members of Congress. We need our elected officials to actually do their job before they ask to keep their job,” Johnson said.

Read the article online at: https://www.worldcement.com/the-americas/27092016/congress-to-delay-funding-337/ 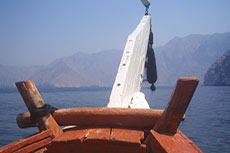 The House version of the WRDA has incensed Democrats.

The US Senate has passed the Water Resources Development Act.

Applications are now open for the NSSGA’s annual awards.

The NSSGA has opened registration for September’s AGG1 Online webinar: How to Evaluate Your Dredge Operation.