According to the MSHA’s recently released Fall Regulatory Agenda, further increased regulations can be expected in 2016.

The agency states that it will propose a rule on workplace exams in February. The agency is focused on proposing a rule that will clarify requirements for the exams and the abilities of the ‘competent person’ responsible for conducting them, will require new task training under Parts 46 & 48 and mandate substantial increases in the record-keeping and reporting of the correction of hazards. This is spite of the fact that the agency issued a Program Policy Letter on the matter, and then eased in July following comments from the NSSGA.

A final civil penalties rule is also planned, for March. Although the NSSGA testified against major provisions of the proposed rule earlier this year, leading to several proposed burdens being relieved, it is still likely that the final rule will impose unnecessary burdens on operators and impede the cause for safety.

A rule aimed at reducing occupational exposures to respirable crystalline silica has been proposed for April based on work done by OSHA, with a rule concerning proximity detection systems in underground mines to be proposed in July.

Finally, the agency states it will issue a request for information on approaches that would improve the control of diesel particulate matter and diesel exhaust in February.

Read the article online at: https://www.worldcement.com/the-americas/26112015/further-increase-in-regulations-from-msha-73/ 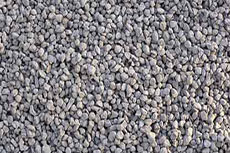 After concerns were raised by the National Stone, Sand and Gravel Association and other groups, the Mine Safety and Health Administration has revised its workplace guidelines.

The article from Henry Chajet, The Jackson Lewis Safety and Health Law Team, USA, continues with further advice on dealing with OSHA and MSHA.