Resco Products, a leading refractory supplier in the US, has a new CEO with a commitment to safety, John Midea. John’s passion for safety began early in his working life. He began his career in the navy as a nuclear engineer on a submarine, which taught him a lot, he says, especially when it came to safety. Fifteen years in manufacturing and operations followed, succeeded by another 12 years or so in general management with Ennis Paint and Ennis Traffic, among others, before John was headhunted by Resco.

Integrating safety into the everyday

John is insistent that safety cannot be a programme, saying instead it must be part of the fabric of any organisation. “A core belief in a safe work environment must be imbued into the culture. It is the foundation upon which a company can be built. I believe that the same habits that make us safe make us profitable. Attention to detail; accountability throughout the organisation regardless of position or tenure; dedication to continuous improvement and, finally, treating others as you want to be treated. This message is shared as new employees enter the organisation and I believe in leadership via example. We must ‘walk the talk’ in order to be taken seriously.”

I ask what kind of leadership programmes are in place at Resco. “We have developed several practices that are part of our everyday operating rhythm,” says John. “All of my direct reports (senior executives) have an Adopt a Plant for which they are responsible. Members of senior staff coordinate with their assigned plant manager to help improve safety awareness as well as two-way communication throughout the organisation. Too often, safety is seen as an operations/manufacturing issue and not part of the entire company. By having my senior executives involved in each plant, they gain awareness and the associates at our facilities gain understanding into the importance of our safety culture.”

John has also initiated a new procedure for reporting safety incidents, insisting that they are reported on the shift in which they occurred. When asked what the standard procedure was on this, John recalls that he has heard of safety incidents being reported six weeks after they occurred, by which point any root cause analysis was almost impossible. “You cannot fix things if you don’t know they happened and I have found the most effective root-cause investigations happen when circumstances are fresh in everyone’s mind,” he says.

Another practice John has implemented is daily safety talks, known alternately as ‘toolbox talks’ or the ‘safety huddle’, which take place at the commencement of every shift. John explains: “A simple safety topic is discussed prior to workers going to their job. The idea behind this is to get people thinking about safety consciously instead of being distracted as they approach their work.” I ask what kind of things they talk about in these talks, and John explains that the topics range from site-specific safety notices – such as something the speaker has witnessed and wants people to take note of – to things not necessarily associated with work, such as lawnmower safety or the dangers of texting and driving.

I ask if making safety part of business culture is an easy thing to do, or if it is difficult to make it a priority? “It is very difficult,” John answers. “Everyone gets in a hurry. When that happens, organisations will be tested. I cannot tell you how many times I have heard ‘I don’t have time for that safety topic right now, we will get to it later’. My response is always the same. If you focus on safety first, we won’t have injuries later. Less incidents means greater productivity, which means higher profitability. We repeat often that we want employees to leave work in as good or better shape than when they arrived so they can return to their families and live the life they desire.”

Safety across the board

John is also sharing this energy and commitment with other businesses: “We have worked with several suppliers to determine if they have better best practices and have found several that do. We continue to try to take the best ideas and apply them.”

Finally, aside from the obvious benefit of healthy employees, I ask what else can be gained by having a safety conscious workforce? “As personnel adopt habits that create a safe work environment, they also create habits that make companies more efficient,” John says. “This equates to better profitability. Everybody wins. It is not a zero sum game – investment into safety is an investment into our employees and our profitability.”

Written by Katherine Guenioui. This is an abridged version of the full article, which appeared in the December 2013 issue of World Cement. Subscribers can view the full article by logging in.

Read the article online at: https://www.worldcement.com/the-americas/26112013/john_midea_interview_the_importance_of_safety_within_an_organisation_430/

The Mineral Products Association (MPA) hosted its annual Health and Safety Conference and Awards 2013 with 64 organisations in attendance. 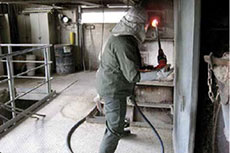 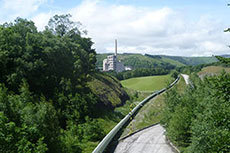 An insight into training and development at the Hope cement plant, and how a can-do attitude helps the site to enhance performance and achieve health and safety goals.