The ‘World Cement – Demand and Sales Forecasts, Market Share, Market Size, Market Leaders’ report released by international business research company Freedonia forecasts a 5.3% annual increase in worldwide cement sales through 2017 to 4.7 billion t. Cement consumption is anticipated to rebound in North America and Western Europe, with an improved performance expected in Eastern Europe as well. Demand in the Asia Pacific region is also set to increase. Growth in China is expected to experience a slowdown between 2012 and 2017 after more than a decade of expansion.

According to the report, more than 50% of additional cement demand between 2012 and 2017 will come from China. Product sales in the country are anticipated to rise by around 5% during the reporting period while growth is expected to decelerate compared to the double-digit pace witnessed in the last decade. Despite this, cement consumption (in absolute terms) will increase substantially through 2017 due to a rise in building and nonbuilding construction activity in the country.

The cement markets in Eastern Europe, North America and Western Europe are set to expand by 4 – 6% annually through 2017, following several years of losses from 2007 – 2012. Construction activity is expected to rebound due to an increase in residential, commercial and public building projects. The report predicts that Europe and North America will record faster growth than Western Europe. Spain, Ukraine, the US, Russia and Italy are expected to perform particularly well.

Read the article online at: https://www.worldcement.com/the-americas/26032014/worldwide_cement_sales_forecast_to_expand_by_5-3_percent_annually_until_2017_945/ 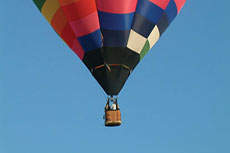