The Ash Grove Cement Company’s Board of Directors has approved a US$125 million investment in the company’s Midlothian plant, Texas. A new preheater, precalciner production system will make Ash Grove’s cement facility among the lowest emitting cement producers in Texas.

Commenting on the decision to expand the cement plant, Ash Grove Cement’s Chairman, Charles Sunderland, stated: “We were considering a range of options as a result of the U.S. Environmental Protection Agency’s (EPA) Portland cement National Emissions Standards for Hazardous Air Pollutants (NESHAP) rule, which is scheduled to take effect in September 2013. We concluded that we wanted to continue to provide Texans with locally-made cement from our Midlothian facility for the foreseeable future, and therefore, approved the modernisation project.”

Ash Grove has invested millions in the Midlothian facility over the past four decades to lower emissions. Since 1996, Ash Grove has reduced ozone-forming nitrogen oxide (NOx) emissions by more than 60%.

Earlier this year, the Texas Commission on Environmental Quality (TCEQ) granted Ash Grove a one-year extension, until September 2014, to comply with the Portland cement NESHAP rule. The extension enables Ash Grove to operate the existing kilns and clinker coolers while the modernisation project is completed.

Cement in the community

“Our employees appreciate the confidence the board has shown in them by making this decision. We have generations of employees working here, many with decades of service, and this decision demonstrates that Ash Grove will maintain its strong north Texas presence for our families, our community and our customers,” said Kevin Blankenship, Midlothian plant manager. “They are excited about the news.”

Among community leaders, reactions to the announcement have also been favourable.

“We are very pleased that Ash Grove has committed to investing over US$100 million to upgrade their plant here,” stated Midlothian Mayor Bill Houston.  “Ash Grove is an outstanding corporate citizen, and they’ve always worked hard to be a good and responsible neighbour.” Mayor Houston added: “By investing in this key technology upgrade, our Ash Grove plant will remain viable, competitive and environmentally friendly for many years to come. And that’s important not just to Midlothian, but the DFW region as a whole.”

To mark the modernisation, the company, which is celebrating 130 years of operations this year, will hold a community celebration.

Read the article online at: https://www.worldcement.com/the-americas/24052012/cement_plant_modernisation_ash_grove_neshap_usa/ 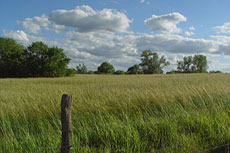 Due to continued poor economic conditions, Ash Grove Cement Company has announced plans to alter operations at six of its 10 cement plants in the Midwest and Western regions of the US. 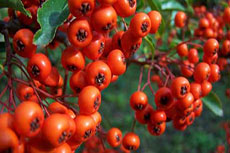 The U.S. Environmental Protection Agency (EPA) and the U.S. Department of Energy (DOE) have awarded Ash Grove Cement Company’s manufacturing plants in Durkee, Ore., and Leamington, Utah the 2009 ENERGY STAR® for their successful efforts to protect the environment and improve energy efficiency.