The Portland Cement Association (PCA) believes the economy has entered a stage of self-sustaining growth. Growing strength in labour markets and confidence has emerged. This could result in positive economic contagion. Stronger consumer spending is expected to materialise with the accelerated pace of hiring, creating more private demand. Consumer spending typically accounts for more than two out of every three dollars of United States GDP. The improvement in consumer demand could send a clear signal that the economy’s recovery is self-sustaining. In turn, this is expected to add to a prolonged recovery in confidence. The combination of stronger private demand and a revival in confidence is expected to translate into increases in business investment, resulting in an even greater acceleration in hiring. This reinforces spending and the recovery cycle becomes self-sustaining. Risks, including the European debt and oil price increases, are viewed as potential threats that could result in a de-linking and slower growth.

Job creation is the critical ingredient required for a significant improvement in construction activity. Job creation is the key to generating household formation and favourable homebuyer affordability. It is also the key ingredient in lowering nonresidential vacancy rates and raising commercial real estate’s ROIs. Hiring a worker translates into hiring a taxpayer, leading to a reduction in state deficits and improving the public construction outlook. Job creation will eventually heal the structural difficulties that currently face the construction market. The pace and robustness at which new jobs are created will directly determine the timing of recovery for construction and the dissipation of structural problems facing the housing sector.

The labour market is improving. During the past three months, the annualised pace of job creation was 2.4 million jobs – well above the level anticipated in the PCA’s fall forecast of 1.7 million jobs for 2012. This round of job creation is private sector fuelled and has resulted in a substantive and sustained improvement in sentiment.

The PCA expects that there will be meagre gains in cement consumption emanating from the residential sector during 2012, despite improved employment conditions. These gains are expected to get stronger as each year passes during the forecast horizon, as structural housing issues diminish. By mid-2013, significant headway is expected to be achieved in reducing bloated inventories. Sustained employment gains, coupled with favourable affordability conditions, are expected to generate stronger sales activity. Home prices will stabilise and begin a modest reversal. This will signal speculators to enter the market, particularly in the most distressed markets, such as Florida and Arizona. By 2014, these conditions could reinforce pressure to release pent-up demand generated during the recession. Double-digit gains in overall residential cement consumption are expected to materialise in 2013 and beyond. While the PCA has been an ardent pessimist regarding the housing outlook, the potential exists that its estimates for cement consumption during 2014 and beyond may contain upside potential.

The PCA believes hard hit areas such as Nevada, Arizona and Florida will be among the last to join a substantive housing recovery. Unfortunately, these and other distressed areas account for 51% of ‘typical’ housing demand. The importance of these lagging states will initially suppress growth rates for housing starts. Once the structural problems are overcome, however, growth rates in these depressed markets are expected to be extremely strong. Given the importance of these states in the national arena, strong starts activity will eventually characterise the national housing market – perhaps resulting in stronger growth rates than many expect in the later years of the forecast.

The declines in state highway spending could be completely accrued to budgetary pressures. Spending activity during 2011 may paint a different picture. ARRA spending declined by US$3.2 billion in 2011 compared to 2010 levels. While states still faced difficult fiscal conditions, state discretionary spending increased by US$1.4 billion. As ARRA dollars declined, state spending increased. This implies that states recognised that federal ARRA support was on the way and swapped planned state spending for federal dollars. While it is likely that some of the decline in state spending was a result of harsh fiscal conditions, it also seems likely that ARRA magnified the decline.

If this analysis is correct, it has significant impact on 2012 and 2013 total highway spending projections. In previous forecasts, the PCA held the state highway/road construction discretionary spending ratio to total state spending at 1.8%, or 2010 levels, until state budget surpluses materialised. This year’s data suggests the ratio is 2.0% – well above expectations. The increase in 2011 state discretionary highway spending was unexpected and may suggest state spending actions in 2012 and 2013 as ARRA spending continues to dissipate. The PCA’s forecast incorporates higher state highway spending into its forecast.

The wounds created during the recession to the construction industry were deep. It will take time before these wounds are fully healed. Job creation lies at the root of the healing process. The stronger the labour market, the shorter the recovery process. Recent reports suggest that the economy has entered a new stage of stronger job creation. If this new pace of job creation can be sustained (and the PCA believe it will), then the construction industry could witness a new speed in the recovery process. While the PCA expects modest growth will characterise the US cement industry during 2012 and well into 2013, there remains a growing twinge of optimism that stronger growth will materialise.

Read the article online at: https://www.worldcement.com/the-americas/24042012/cement_usa_pca_outlook_industry_growth_construction/ 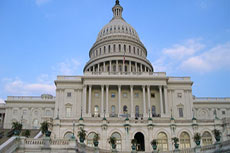 Yesterday’s committee passage of “Cement Sector Regulatory Relief Act of 2011” (H.R. 2681) by the House Energy and Commerce Committee illustrates the importance of putting in place regulations that protect American lives and American jobs.

The PCA has forecast a marginal cement consumption improvement for the next two years. However, significant government policy risks could affect the near, long-range forecast.

Ed Sullivan, Portland Cement Association, USA, provides an overview of projections for the US economic recovery and its impact on the construction industry.