Trinidad Cement Limited has reported its 2014 results, which show EBITDA remained flat y/y at US$408 million. It was affected by extraordinary expenses of US$57 million, including the cost of the unsuccessful debt refinancing exercise, legal costs in cases against shareholders, the impairments of aged clinker and provision of unfunded back-payment to employees. On a like-for-like basis, excluding these costs, EBITDA increased 13% to US$465 million.

In spite of a loss on taxation of US$211 million and excluding additional extraordinary expenses of impairment of deferred tax asset and of Arawak and Haiti, the net profit was US$82 million, 166% higher y/y on a like-for-like basis. Sales were up 9%, driven by the cement and ready-mix segments.

“We decided to follow prudent management and addressed several matters raised by the Auditors that have been open for years, therefore the company results were affected by big non-cash expenses,” said Wilfred Espinet, Chairman of the Board of the TCL Group. “However, I am pleased that the operative profit excluding the extraordinary items grew at double digit.”

Alejandro Ramirez, Acting CEO of the TCL Group, added: “2014 has been a year of transition for the Company and I am happy to see that the team maintained its focus despite all the distractions. For me, cash is the reflection of the reality of the company, and last year the cash generated by operating activities increased 15% which is a sign of the potential of TCL.”

Read the article online at: https://www.worldcement.com/the-americas/24022015/trinidad-cement-results-affected-by-extraordinary-expenses-395/

Cemex, through subsidiary Sierra Trading, is raising its 20% stake in Trinidad Cement Limited to at least 35% through a new subscriptions agreement. 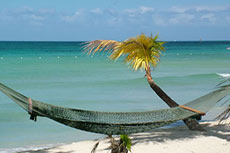 Trinidad Cement Ltd has notified stakeholders of the termination of Dr Rollin Bertrand as Group CEO following a review by the Board of Directors.

Six Trinidad Cement directors resigned yesterday and have been replaced by seven new board members.