On 13 May, the NSSGA made a case against a planned rulemaking for workplace exams before the White House Office of Information and Regulatory Affairs (OIRA). MSHA is trying to tighten the workplace exams rule that was issued last year, and NSSGA voiced concerns over those changes multiple times. IURA serves as the final arbitrator on regulatory agency rules, and NSSGA sought to raise awareness of the negative effects on the industry that could result from an unnecessarily strict regulation.

Dave Thomey, former NSSGA chairman and current consultant to Blue Grass Materials, and NSSGA staff told OIRA and MSHA staff that a stricter workplace exams rule would place excessive burden on operators, with no equal benefit to employee safety and health. They also said that the rule appears to be more than the industry requires, given that injury rates have steadily improved over 15 years. NSSGA told OIRA that changes to the definition of a ‘competent person’ to conduct workplace exams would likely create unneeded paperwork and otherwise undercut the ability to manage for safety. Operators having been granting more autonomy to hourly workers to seek out hazards at their workspaces, but the new rule would make it so that fewer employees would be qualified to conduct exams.

The NSSGA also contended that while a new proposal would increase focus on workplace conditions, the is that most safety improvements in recent years have come from increased emphasis on behaviors.

Staff from OMB and MSHA have made no comments on future plans for the rule.

Read the article online at: https://www.worldcement.com/the-americas/23052016/nssga-makes-case-against-msha-rule-135/

The NSSGA is opposing a US Department of Labour’s final rule that has more than doubled the salary threshold to qualify for overtime pay.

The MSHA is likely to issue a limited final rule of civil penalties, with increased enforcement from 1 July. 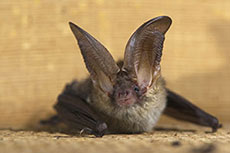 The US Fish and Wildlife Service has announced that it will not designate critical habitat for the Northern Long-Eared Bat (NLEB).