The Energy & Environmental Research Centre’s Plains CO2 Reduction (PCOR) Partnership has announced the winners of its 2015 Pioneer Award during its annual membership meeting and workshop held in Chicago, Illinois.

Mr. Benson has worked for North American Coal for more than 38 years. Under his direction, the organisation has grown significantly with the addition of seven new mining and services operations. He has also led the development of a unified approach to CO2management by promoting information sharing among mine management teams, significantly improving the operation of existing mines, and enabling more efficient construction and start-up of new mines.

Mr. Wildgust is responsible for leading the storage advisory team across the Global CCS Institute and managing relationships with Canadian members. He has worked with the EERC in various capacities for more than 25 years.

Lipetskcement has received an award from the city of Lipetsk for its socio-economic and cultural contribution. 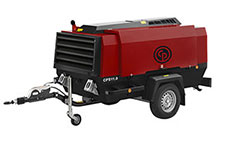 Chicago Pneumatic has introduced new versions of its CPS 11.0 (7 bar) and CPS 11-12 (12 bar) portable compressors for the European market, which feature EU-compliant Stage 3B.

Pakistan’s Pioneer Cement Limited reported a rise in production, sales and profit for the half year ended 31 December 2013. 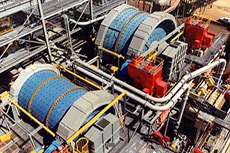