A federal rule to protect miners in the US from exposure to dangerous levels of coal mine dust is having a positive impact in Phase II according to a recent sampling by the US Department of Labour’s MSHA.

The MSHA has announced that about 99% of the respirable coal mine dust samples collected from 1 April 2016 – 30 June 2016 were in compliance with he agency’s coal mine dust standards. In 2014, the department published a final rule that closed many loopholes in the dust-sampling programme that had left miners exposed to the unhealthy dust. The rule also included requirements for a more frequent sampling of the mine air and the use of a new sampling device and other reforms.

For recent sampling, over 20 000 underground coal mine operator samples were analysed using the new Continuous Personal Dust Monitor. About 99% were in compliance. . These results correspond to the respirable dust samples collected from 1 August 2014, through to January 2016, during Phase I, when 87 000 dust samples were collected from surface and underground coal mines by MSHA and coal mine operators. Nearly 99% of those samples met the dust concentration limit.

“These positive results are due to the extraordinary efforts of MSHA and industry working to clean up the air that miners breathe and successfully implement the critical respirable dust rule to protect miners from a disease that has claimed tens of thousands of lives,” said Joseph A. Main, assistant secretary of labour for mine safety and health. “The nation’s coal miners are better protected from debilitating and deadly black lung disease than ever before, but we still have much more work to do to prevent black lung so that miners can spend a career as a miner and not fear the disease.”

Phase III of the rule begins on 1 August 2016, and will lower the current respirable dust level of 2.0 mg per m3 to 1.5 mg per m3 of air. MSHA’s analysis of the sampling results from Phase I found that more than 97% of the samples collected would have met compliance at the lower level. The results from Phase II show that more than 98% would have been in compliance at the lower level.

Read the article online at: https://www.worldcement.com/the-americas/21072016/coal-dust-samples-comply-with-new-regulations-572/ 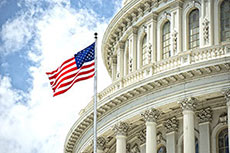 The NSSGA has invited everyone in the aggregates industry to meet with their elected officials and educate them on the significance of aggregates.

The MSHA has announced that Dr. Michael Faughnan has been selected as the new Superintendent of the National MSHA Academy.

Judge James L. Graham of the US District Court for the Southern District of Ohio largely denied the government’s motion to dismiss the case brought against MSHA