Volvo Construction Equipment has seen positive 2Q15 financial results despite major difficulties in its principal markets. Favourable currency developments and product mix as well as ongoing efficiency measures are reported to have contributed to Volvo’s results.

Despite economic obstacles in its key markets such as a 24% decrease in deliveries (mainly due to lower demand in China and Russia), the company achieved a 5% increase in sales and attained its best profit margins in three years.

“The second quarter saw Volvo CE continue its targeted sales activities and the implementation of the restructuring programme we launched in 2014,” commented Martin Weissburg, President of Volvo Construction Equipment. “With the exception of North America, demand was down across-the-board, resulting in a decline in equipment deliveries by almost a quarter. That said, our products are well received by the market and operating margin improved significantly during the quarter to 8.8%, thanks to the efficiency programme, favourable product mix and positive currency effects.”

Read the article online at: https://www.worldcement.com/the-americas/20072015/volvo-ce-sees-positive-financial-results-in-2q15-192/

Rockström shares his belief that the earth’s biophysical capacity is no long sufficient to support mankind’s actions. 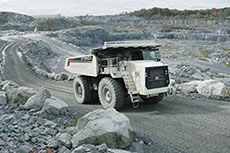 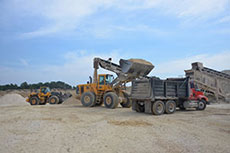 Texas is the home to a wealth of natural resources that include crude oil and limestone deposits. 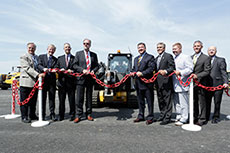