The annual award was created and is judged by the Manufacturers and Services (M&S) Division of NSSGA, a group of companies that manufacture equipment or provide services to the aggregates industry.

Jennifer Hise, chair of this division, said: “With his 40 years in the industry, Mike’s leadership, knowledge and business acumen have been invaluable.”

“In addition to his many contributions to Lehigh Hanson, Mike is a respected member of the aggregates community and has held key roles in several industry associations, including NSSGA,” she added.

Stanczak was a past President of the Illinois Association of Aggregate Producers and served on the board of directors until his retirement. He also serves on the Executive Committee of the Better Business Bureau of Chicago and Northern Illinois, and served on the Executive Committee of the National Stone, Sand and Gravel Association (NSSGA). Stanczak has been active in NSSGA since 2003 and has been a dedicated advocate for the important role the industry plays in supporting the country’s transportation infrastructure.

Read the article online at: https://www.worldcement.com/the-americas/20032015/nssga-honours-lehigh-cement-michael-stanczak-553/

HeidelbergCement has completed the sale of its North American and UK building products businesses to Lone Star Funds.

The first PPC Imaginarium Awards were held last week, organised by PPC Ltd to celebrate young talent and the use of concrete in industrial design, film, fashion, jewellery, architecture and sculpture. 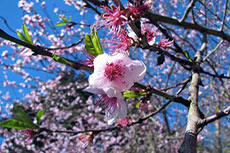 Lafarge North America’s Presque Isle Quarry has won an award for its efforts to create a healthier lifestyle for its staff and the local community.

The award recognises Barger’s overall outstanding contributions to the development of C01 standards.