The first is the retirement of Gwenne Hendricks, the current vice president with responsibility for the Product Development & Global Technology Division, who has been with the company for 35 years.

“Gwenne has spent her entire career in engineering, product and business management, which made her the absolute right advocate and leader to deploy the Enterprise Technology Strategy and strengthen the global engineering talent pipeline,” said Denise Johnson, Resource Industries Group President. “She is one of the most collaborative leaders who’s always focused on what’s best for the enterprise – whether that’s defining and executing on a turnaround plan during her time as Industrial Power Systems Division vice president or as a critical member of the Tier 4 emissions rollout across Caterpillar’s extensive product line. I thank Gwenne for her commitment to this company for more than three decades, and I wish her only the best in her well-deserved retirement.”

Savage, who joined Caterpillar subsidiary Progress Rail Services (PRS) in 2002, has an extensive background in engineering and manufacturing with PRS, Caterpillar and in the industry for 14 years prior. She also spent nine years in the Army Reserves as a military intelligence officer. Savage has a bachelor’s degree in electrical and computer engineering from the University of Cincinnati and a master’s degree in engineering management from the University of Dayton. Her proven leadership and background solidly position her to bring these two groups together as one new team focused on evolving Caterpillar’s technology and product development.

“Jean’s role in leading the formation and development of this new organisation will be critical in establishing how Caterpillar accelerates our global research, technology and product development strategies. Our end goal remains – helping our customers through the development and delivery of differentiated products,” said Johnson. “The creation of this division will also deliver necessary efficiencies, which does mean continued and significant workforce reductions. While difficult, the streamlining at all levels of the company, including within the officer ranks, is necessary given the global market environment that is impacting the company’s business.”

The organisational changes are effective as of 1 September 2016.

Read the article online at: https://www.worldcement.com/the-americas/19082016/organisational-changes-for-caterpillar-117/ 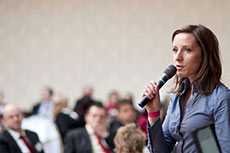 Caterpillar is scheduled to speak at the Jefferies 2016 Industrial Conference.

Caterpillar has been ranked 7th in Woman Engineer Magazine’s ‘Top 50 Employers’ for 2016.

Cat Financial has released its financial results for 2Q16, reporting revenues of US$659 million.