World of Concrete 2015, which took place in Las Vegas earlier this month, was the largest the event has been in six years. The number of registered participants increased from 48 000 in 2014 to 55 779 this year. The exhibition space was also significantly larger than last year, rising by 100 000 net ft2 to over 675 000 net ft2. The exhibition comprised 1459 companies. 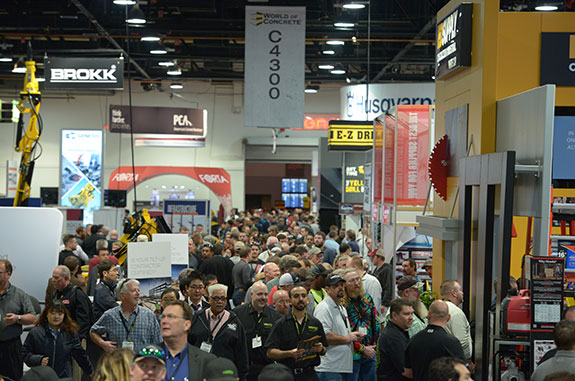 The Concrete Industry Management (CIM) Program held its annual auction at the event, raising around US$800 000. 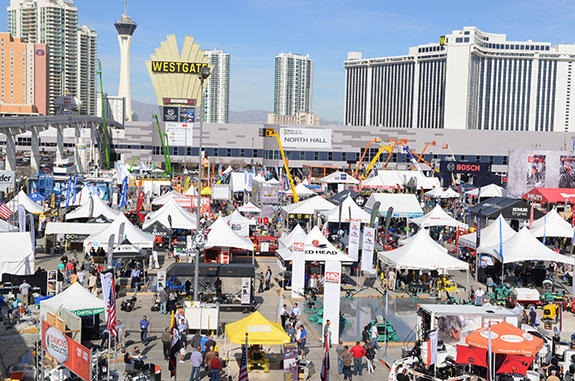 “The excitement and energy we saw at the World of Concrete this year was like no other. We are very pleased with the results of the show in all categories from the increase in the number of exhibitors (up 200 companies) to the increase in attendees (up 15%) to the increase in the number of seminars taken (up 23%).  These increases show not only the value that World of Concrete brings to the concrete and masonry industries but also shows that the industry is getting stronger and poised for much success in 2015,” said Tom Cindric, Vice President, Informa Exhibitions US, Construction & Real Estate.

“With the industry ramping up again education became a key asset at WOC this year. Attendees took more classes than they have in the last six years sharpening their skills for what’s to come. In addition, international attendees made a big impact scouring the show for new equipment, tools, and technology to make their operations more efficient and profitable,” added Jackie James, Show Director, World of Concrete.

The award recognises Barger’s overall outstanding contributions to the development of C01 standards.

Ed Sullivan told attendees at the 2015 World of Concrete that low oil prices would benefit economic growth this year, but that the same positive effects wouldn’t yet be felt in the construction industry.