The Cement Association of Canada (CAC) has expressed its disappointment with the decision of the British Columbia (B.C.) government not to change how carbon tax is applied to the cement sector in its 2014 budget.

“The way the tax is currently structured is jeopardising the sustainability of B.C.’s cement industry,” said Michael McSweeney, President and Chief Executive Officer of CAC. “On behalf of our cement manufacturing members in B.C., we want to express our disappointment. The unintended consequence of this government inaction is that jobs and economic development are at serious risk.”

Under the current structure, only domestically manufactured cement pays the carbon tax; imported cement coming from the US and Asia is exempt, creating an unfair advantage for foreign producers.

“As it stands, the way the carbon tax is structured is costing B.C. jobs and putting our domestic supply of cement, which is critical to the government’s ambitious economic growth goals, at risk,” continued McSweeney.

The B.C. cement industry, which consists of Lafarge Canada and Lehigh Hanson, has traditionally provided more than 2000 jobs across the province. Local producers have lost nearly a third of the market share to imports since the inception of the carbon tax in 2008. Cement facilities are now running at only 65% of their designed capacities, compared to five years ago when they were running at near full capacity.

“That the government of B.C. has chosen to not correct the critical deficiency of the carbon tax after having acknowledged that it is not working is very disappointing. We have been working with government officials to find a solution for six years and we will continue to look for opportunities for further discussions,” concluded McSweeney.

Read the article online at: https://www.worldcement.com/the-americas/19022014/cement_association_of_canada_disappointed_by_bc_government_inaction_regarding_carbon_tax_775/ 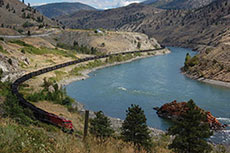 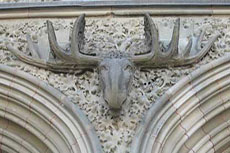 The Cement Association of Canada and its members have introduced a new product to the Canadian market: Contempra™. This is a new cement that decreases CO2 emissions by 10% while still producing concrete with a level of strength and durability comparable to that produced with regular Portland cement.