State Rep. Peter Pettalia has requested that a Canadian government loan and other public resource investments to aid construction of the Port-Daniel-Gascons cement plant in Québec be reviewed for World Trade Organisation rules compliance.

The Michigan House today approved the lawmaker’s House Resolution 445 to urge the United States Trade Representative to ensure that no WTO rules are being violated in regards to government funding for the McInnis Cement plant. The measure is a follow up to Pettalia’s appeal to Gov. Rick Snyder in May to seek help from President Barack Obama’s administration and the trade representative for acquiring detailed information on the Canadian proposal.

“Our private cement industry here in Michigan has been struggling after our economic downturn, and now could be up against a taxpayer-funded plant based on foreign soil,” said Pettalia, R-Presque Isle. “We don’t discourage any type of free trade, but we do want to ensure the government in Quebec subsidising the plant is within the world trade competitive rules because that will have a direct effect on our recovery.”

McInnis Cement in Port-Daniel-Gascons plans to build a CAN$1 billion plant with the support of a CAN$250 million government loan and a 10-year tax break from Quebec taxpayers in exchange for creating 400 permanent jobs, according to CBC News.

Four existing Quebec cement facilities and the Cement Association of Canada have come out against the new plant, citing an unfair government advantage and that there is already enough unused production capacity available from the facilities for the Canadian and US markets. That is Pettalia’s concern for the industry in northern Michigan as well, since the stated purpose of the Port-Daniel-Gascons cement plant is not to supply Canadian projects but to ship the vast majority of its production into the United States.

“Michigan’s recovery is in full swing and our cement manufacturing peaked this summer with everything they produced being sold, which meant men and women in our communities were back to work in the industry,” Pettalia said. “With more good things up and coming next year through continued road funding and improvement of our infrastructure, it’s appropriate that we know all the competition is on a level playing field.”

Read the article online at: https://www.worldcement.com/the-americas/18122014/mcinnis-cement-plant-proposal-warrants-us-review-of-wto-rules-says-pettalia-35/

ThyssenKrupp Industrial Solutions and McInnis Cement have announced a sales/purchase agreement valued at CAN$150 million for the supply of a complete cement production line. 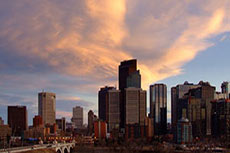 McInnis Cement has provided the following statement, responding to Lafarge North America, which spoke out against the new Canadian plant last week. 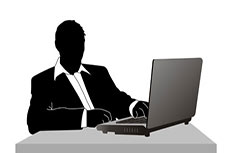