The PCA has filed comments to the EPA regarding the EPA’s proposal to tighten ozone standards, in which it warns of severe job losses and wide-ranging impacts from potential cement plant closures. In a statement, the EPA says that the stringent standards could result in the loss of more than 45 000 construction jobs each year, could slow the national economy and impede infrastructure investments. The cost for cement companies to comply with the stricter limits could result in the loss of 900 jobs, as plants close.

“A cement plant is vital to the economy of its community. When one is forced to close, the region loses jobs, it loses significant tax revenue for schools and public services, and it loses a strong supporter of local charities and civic activities,” said James Toscas, President and CEO at PCA.  “Over the past four decades, the US has virtually eliminated the severe air pollution that currently plagues some other countries. However, regulators have continued to tighten air quality standards, often with little or no proven health benefit. This has gotten to the point where our essential industries have struggled to meet current standards, incurred significant costs, and in some cases had to simply shut plants down.”

The cost for compliance would feed into an increase cost for construction projects, meaning that governments would be able to afford fewer projects each, resulting in the loss of construction jobs and an impediment to infrastructure development.

“Think for a moment which structures we traditionally build with concrete.  Bridges, roads, dams, schools, and hospitals would be hit with construction cost increases at a time when the nation’s infrastructure has already deteriorated unsafe levels,” Toscas said.

Read the article online at: https://www.worldcement.com/the-americas/18032015/pca-says-proposed-ozone-standards-would-have-far-reaching-effects-537/ 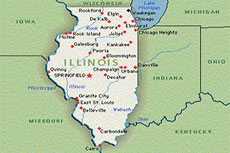 The Dixon plant in Illinois was closed in 2008 due to the economic downturn, but is planned to reopen this spring thanks to renewed demand.

Julie Buffenbarger has been appointed Chair of the US-based Concrete Joint Sustainability Initiative, while James Toscas and Kevin Mlutkowski have been elected as Vice Chairs of Advocacy and Operations, respectively.

The Portland Cement Association has called on the federal government to introduce a fully-funded surface transportation bill that would address the impact of both extreme weather conditions and general wear and tear. 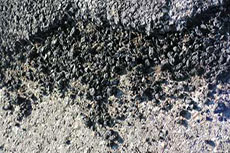