Total shipments of portland and blended cement in the United States and Puerto Rico in October 2015 were about 9.3 million t, down by 2.2% from the level in October 2014. Shipments for the year through October totalled 77.6 Mt, up by 2.6% from the same period in 2014. The leading producing States for portland and blended cement in October were Texas, Missouri, California, Florida, and Michigan, in descending order, and these States accounted for 41% of the total shipments for the month. The leading cement-consuming States (Texas, California, Florida, Ohio, and Illinois, in descending order) received about 37% of the October shipments.

Clinker production totalled 6.9 Mt in October 2015, down by 3.1% from the output in October 2014. Production for the year through October was 62.8 million t, up slightly from the same period in 2014. The leading clinker-producing States in October were California, Texas, Missouri, Florida, and Alabama.

Masonry cement shipments in October 2015 of about 213 000 t were down by 3.2% from those of October 2014. Shipments for the year through October were 2.0 Mt, up very slightly from the same period in 2014. The leading masonry cement-consuming States were, in descending order, Florida, Texas, California, Georgia, and North Carolina, and these received about 49% of October’s shipments.

Read the article online at: https://www.worldcement.com/the-americas/18012016/latest-mineral-industry-surveys-report-331/

Data on the imports of cement and clinker for July 2015 and the year through July are also provided by the report.

Producers mined 2.72 million t of gypsum during the second quarter of 2015. 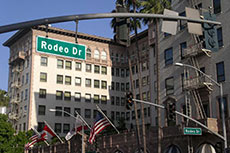 The latest report provides data in the United States from January 2014 through June 2015.

The MPA recognises health and safety achievements at its annual awards event.