According to local media, Lafarge Chairman and CEO Bruno Lafont has announced that the company will invest R$1 billion in Brazil over the next 5 years. The statement follows a meeting with Brazilian President Dilma Rousseff on Friday. The investment will include a new research centre that would carry out field tests on solutions within the construction sector. The centre will be the fifth to be established outside of France, although it is not yet known where it will be built within the country.

Read the article online at: https://www.worldcement.com/the-americas/17012013/cement_lafarge_brazil_investment_construction_research_22/ 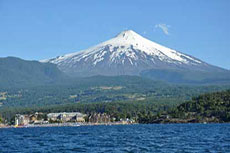 The State Government and CPX Group have signed a protocol of intent for the construction of an 800 000 tpa cement plant.