LafargeCanada Inc. has announced it will name its dome in Exshaw the Eco-Dome. The name was submitted by two entrants in the competition to name the most talked-about feature of the expansion project. Jim Petersen and Bruce Brinkworth will each receive US$1000 to go towards their charity of choice. The contest was open to all Bow Valley Residents, and approximately 300 submissions to the contest were received before it closed on 23 February 2016. Lafarge employees had the chance to review all names, and selected EcoDome as the winning entry.

"We were absolutely blown away by the number and quality of the entries," said Jim Bachmann, Plant Manager for Exshaw. "EcoDome is fitting. It's a name that reflects the balance between the economy and the ecosystem - a balance we aim to achieve in our everyday operations."

The Dome helps to minimise dust on the site, and it stores and blends all of the raw materials needed to make high quality cement. When the contest was launched, Lafarge said that the winner would receive:

Four Bow Valley entrants will also have the chance to make US$500 donations toward their favourite non-profit organisations:

Lafarge hopes entrants will consider donating their winnings to groups working in support of our pillars for giving: education, sustainable construction and the environment. However, the company recognises entrants have the right to put their money toward the charities that matter most to them.

"We want to thank everyone who entered," said Bachmann. "It was just great to see this level of community involvement with our expansion project."

Read the article online at: https://www.worldcement.com/the-americas/15032016/lafargecanada-inc-names-its-eco-dome-689/

Tebodin is selling its operations in the Asia Pacific region to Archetype Group. 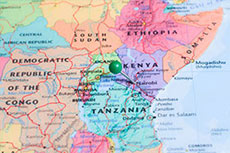 East African Portland Cement is expecting its profit to fall by more than 25% in the financial year ending 30 June. 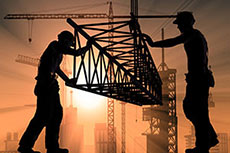 South Africa's National Union of Mineworkers and a local unit of LafargeHolcim have reached a deal over salary improvements.