Toshiba Mitsubishi-Electric Industrial Systems Corporation (TMEIC) has announced that it is part of the largest ever US delegation to Hannover Messe.

For the first time, the United States will be the show’s Partner Company, providing more than 390 businesses and organisations in the US delegation an unprecedented opportunity to be prominently featured throughout the event. In addition to exhibiting, TMEIC representatives will join President Obama, Virginia Governor Terry McAuliffe and the entire US delegation for the opening ceremonies of this year’s event./p>

"TMEIC solutions drive industry around the world and can be found in every phase of production throughout a wide range of industries, including solar energy power generation, oil & gas, and beyond," said Dale Guidry, TMEIC president & CEO. "We are excited to be a part of the first-ever USA Partner Country presence at Hannover Messe and look forward to making the most of this opportunity."

"The U.S. business community and the Department of Commerce have a clear message for the world: the United States is open for business. We will demonstrate and deliver on that message at the 2016 Hannover Messe," said U.S. Secretary of Commerce Penny Pritzker. "We are proud to have some of America's most innovative and forward-thinking companies joining the U.S. delegation at this year's fair."

Read the article online at: https://www.worldcement.com/the-americas/14042016/tmeic-at-hannover-messe-897/

Hands-on technology and a wide range of new products await visitors to the thyssenkrupp Industrial Solutions booth at bauma 2016. 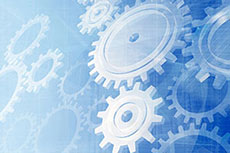 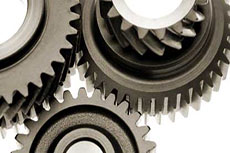 Nord Drivesystems is attending the 2015 SPS IPC Drives exhibition, where it will showcase smart solutions for synchronous and induction motors.

TMEIC will supply MV drive systems for the McInnis Cement plant in Canada, which is currently undergoing construction. It is anticipated to begin production in 2017.