NSSGA reports that the House Committee on Transportation and Infrastructure has unveiled legislative language that could force EPA to withdraw the current rulemaking on the Waters of the United States (WOTUS) rule that would impact the aggregates industry.

NSSGA states that when the legislation is introduced it will encourage its members to ask their representatives to cosponsor the bill.

Pam Whitted, NSSGA’s senior vice president for Legislative and Regulatory Affairs, said, “The bill certainly moves towards the chief goal of withdrawing the rule and increasing EPA’s consultation with the states, localities and stakeholders.”

Read the article online at: https://www.worldcement.com/the-americas/14042015/new-legislation-could-force-epa-to-withdraw-current-wotus-rulemaking-678/

The award recognises Mike’s dedication to the construction aggregates industry, his family and his community. 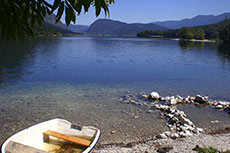