The Portland Cement Association has issued a statement applauding the US House of Representatives for passing legislation that protects states’ primary authority in protecting US waterways. The legisltation must now go to the Senate.

Earlier this year, the EPA and the US Arm Corps of Engineers proposed a regulation that would expand federal jurisdiction over ‘waters of the United States’. This would increase the number of operating and pre-construction permits for the cement sector and broader construction economy, among other regulatory burdens.

The Waters of the United States Regulatory Overreach Protection Act (H.R. 5078) passed by the House will provide appropriate safeguards against regulatory overreach while allowing the industry the certainty it needs to move forward. Among other provisions, H.R. 5078 would require EPA and the Corps to vacate the proposed rule.

“PCA fully supports this bipartisan effort to establish necessary safeguards that preserve the important role of federal-state partnerships,” said Cary Cohrs, PCA Board of Directors chairman. “We thank the leaders in the House for moving this vital legislation forward, and urge the Senate to vote on it as soon as possible.”

Read the article online at: https://www.worldcement.com/the-americas/11092014/pca-applauds-house-action-on-waters-of-the-united-states-regulation-464/

Four Cemex plants in the US have received recognition for their efforts towards energy efficiency and environmental performance. 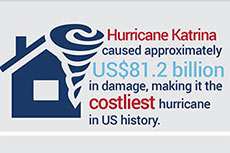 An infographic on resilient construction, including facts on concrete, building codes and natural hazard mitigation.

The plant has implemented a mercury reduction programme, replacing a significant portion of fossil fuels with biosolids.

The Portland Cement Association is giving away two publications for free from its website.