The PCA has announced that Scott Campbell, Ph.D., P.E., has been hired as director of code technology.

Mr. Campbell will join the PCA codes and standards division and will focus on the structural provisions of national model building codes and reference standards. He will manage analytical efforts supporting other key codes and standards activities, including fire protection, energy conservation, sustainability and enhanced resiliency.

Mr. Campbell is a registered professional engineer. He received his doctorate from the University of California at Berkeley. His most recent activities were concurrent as senior scientist at the College of Engineering at the University of Wisconsin in Milwaukee and president of his own consulting practice, Structural Active Consulting Group.

His experience includes educational and research positions at University of Wisconsin, Milwaukee; The Ohio State University; American University of Armenia; University of California at Berkeley; and University of Illinois, Urbana-Champaign where he was assigned to the U.S. Army Corps of Engineers Construction Engineering Research Laboratory.

Read the article online at: https://www.worldcement.com/the-americas/10052016/pca-hires-new-director-of-code-technology-66/ 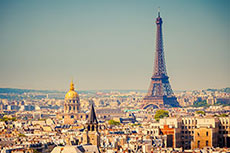 The Paris Agreement was adopted by all 196 Parties to the UNFCCC at COP21 in Paris last December.

PCA joined the celebrations for the 125th anniversary of the first concrete street. 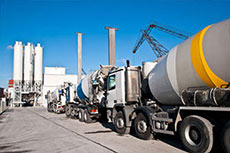 April 29 will be Concrete Day in Colorado