Residential: When household formation occurs as a result of a stronger labour market, it is then split between household living in a single family home or living in a multifamily. Credit conditions facing first-time home buyers, damaged credit and weighty student loan obligations, all work to strengthen multifamily projections. New home sales activity was disappointing in 2014. Recently, however, some clarity has been given to mortgage lenders that could translate into lower down payment requirements, reduced loan qualifications based on FICA scores, and provides more favourable guidelines for packaging and selling mortgages. These new guidelines could lead to a strengthening in first time buyers’ participation in the market and a significant increase in single family activity. Overall, PCA expects housing starts will reach nearly 1.2 million units – a 21% increase over 2014 levels. The last time housing starts exceeded 1 million units was 2007.

Nonresidential: Nonresidential construction gains are expected to be driven by growth in the expected return on investment (ROI) for commercial properties. ROI, according to the PCA model, has two essential components, including net operating income (NOI) and asset appreciation potential. Between the two, PCA believes NOI is the more important metric to focus on this early in the recovery. Its strengthening will play an increasingly important role in determining asset appreciation in the years ahead – influencing total ROI. To this end, nonresidential NOI is tied to job creation. Job creation, either directly or indirectly, translates into higher occupancy and leasing rates. Such growth translates into stronger net operating income for nonresidential properties. As NOI increases, property values strengthen. With the strengthening in property values, lending risk declines, and access to credit becomes more widely available. The combination of improved NOI, increases in property values and more available credit sets the stage for a commercial construction expansion. The rate of improvement will vary widely among regions in the US.

With the strengthening in the labour markets and the overall economy, the expected NOI for nonresidential properties is expected to increase. From an estimated 7% growth achieved in 2014, nonresidential construction is expected to increase to 9% in 2015, followed by robust growth rates in 2016 and 2017 as well. The strong growth recorded during 2014 by office, industrial, retail and hotel sectors is forecast to continue in 2015. In addition, sectors slow to recover and still recording declines in 2014 are expected to record modest increases in 2015.

Public: Increased federal support to construction activity is not factored into the forecast. PCA assumes federal support of the highway programme will remain fixed in nominal values. The gradual strengthening in public construction activity, however, does not lie with the federal side of the equation, but instead with the state and local side of the equation. As the economy gains momentum, job gains will add strength to states’ ability to spend and rising home prices will eventually support stronger construction spending at the local level as well.

It’s not only the improvement in overall state finances, but also the priority in state spending initiatives that is important. In the context of tight budgets, entitlement spending received a high priority within state budgets. State construction spending, in contrast, was hit hard during the recession. During the 10 years preceding the economic downturn, state highway/road construction discretionary spending accounted for roughly 2.4% of total state expenditures. Cutbacks in state discretionary highway/roads forced a dramatic reduction. Needed infrastructure projects were foregone – creating pent-up demand for public construction. PCA expects some of this public pent-up demand in construction will be released in tandem with the improvement in state fiscal conditions. This suggests a modest positive for public cement consumption during 2015. 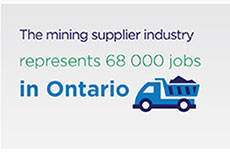 An infographic on Toronto, the host city of this year’s IEEE-IAS/PCA Cement Industry Technical Conference.

In the second part of this abridged article from the April 2015 issue, CalPortland Company talks through the results and feedback it has received from its summer intern programme.