The NSSGA has received an award in recognition of its efforts to involve its members in federal policy-making. The NSSGA’s year-long ‘Drive It Home 2015’ initiative has been recognised by the Showalter Group Political Involvement Programme Innovation Award, which the organisation will receive at the annual Innovate to Motivate conference in Naples, Fla. On 11 December.

The initiative is powered by the NSSGA’s Aggregates in Action grassroots programme and reinvigorated website. It focuses on educating members of Congress on the value of the aggregates industry and advancing a well-funded multi-year surface transportation reauthorisation. A long-term transportation bill was signed into law by President Obama on 4 December. The Driving It Home Initiative also encouraged volunteers to oppose the Environmental Protection Agency’s controversial Waters of the US rule.

“Receiving the Showalter Group Political Involvement Program Innovation Award would not have been possible without the actions and dedication of our many advocates at the grassroots level,” said Michael W. Johnson, NSSGA president and CEO. “We proudly accept this distinction on behalf of our members who truly understand the importance of answering the call to action and that they really are their own best advocates.”

Read the article online at: https://www.worldcement.com/the-americas/09122015/nssga-receives-award-148/

Congress recently passed act that guarantees US$305 billion for America’s surface transportation system over the next five years. 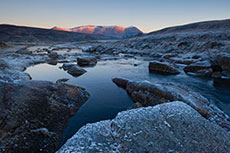 The findings of the US Clean Water Act have been made public, allowing operators to see determinations.

The CBO has released its estimates of the costs of the highway bill.