The US Department of Energy’s Illinois Basin-Decatur project successfully captured and stored 1 million t of carbon dioxide and injected it into a deep saline formation. The project forms part of the development phase of the Department’s Regional Carbon Sequestration Partnerships initiative, which is helping develop and deploy carbon capture and storage technologies across the US.

As part of the project, carbon dioxide is captured from the Archer Daniels Midland Company ethanol production facility in Decatur, Illinois. The CO2 is compressed before travelling through a mile-long pipeline and injected approximately 7000 ft below the surface into the Mount Simon Sandstone formation. Since the start of the investigations in November 2011, the injection test performed better than expected, sustaining pressure increases well below regulatory limits. Over the course of 100 years, the injected CO2 is projected to remain hundreds of feet below a 300 ft thick shale formation that will act as a seal and inhibit upward migration of the CO2.

“This milestone is an important step towards the widespread deployment of carbon capture technologies in real-world settings,” said Energy Secretary Ernest Moniz. “The successful testing of these technologies and the lessons learned support a range of industries in the region, while also reducing the amount of emissions in the atmosphere and protecting the planet at the same time.” Recent carbon capture projects conducted by organisations such as the Taiwan Industrial Technology Research Institute (ITRI) and Skyonic Corporation are projected to have huge potential for the cement industry.

The Midwest Geological Sequestration Consortium, led by the Illinois State Geological Survey, is evaluating carbon capture and storage options for the 60 000 square mile Illinois Basin, which underlies most of Illinois, southwestern Indiana, and western Kentucky.

Read the article online at: https://www.worldcement.com/the-americas/09012015/us-carbon-capture-project-reaches-new-milestone-109/

Two reports released by the Climate Policy Initiative (CPI) demonstrate that a low carbon energy system could free up trillions of dollars over the next 20 years to invest in better economic growth.

Austin, TX-based Syonic Corporation has secured an additional US$12.5 million in funding.

Norcem has awarded Aker Solutions a contract to test and study the capture of carbon dioxide from flue gas. 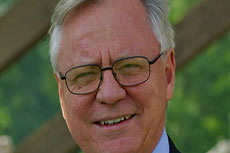