Ronald J. Ebelhar, P.E., D.GE, senior principal with Terracon in Cincinnati, Ohio, has been named Chairman of the 2015 ASTM International board of directors. After earning his Bachelor’s and Master’s degrees in civil engineering from the University of Kentucky in Lexington, Ebelhar joined McClelland Engineers in Houston, Texas, as a staff engineer in 1977, working in various roles in the geotechnical laboratory, information technology and marine geosciences groups. From 1987 to 1996, he served as Division Manager and then as Vice President for Rust Environment & Infrastructure (and its predecessors, S&ME, Westinghouse and SEC Donohue) in Cincinnati, Ohio, before taking the position of Vice President with H.C. Nutting in 1996. He assumed his current role when Terracon purchased H.C. Nutting in 2007. As a project manager for geotechnical and environmental engineering projects worldwide, Ebelhar has provided design, consulting and forensic engineering services for commercial, industrial, transportation, waste disposal and public utility projects; geotechnical engineering design and construction, including site soil response under seismic, cyclic and dynamic loading; and marine geosciences and engineering field explorations. He is a registered professional engineer in eight states.

Ebelhar, who joined ASTM in 1980, is a past chairman of ASTM Committee D18 on Soil and Rock and several D18 subcommittees. An ASTM fellow and 2003 Award of Merit recipient, Ebelhar has received several awards from D18, including the R.S. Ladd Standards Development Award; the Woodland G. Shockley Award; the A. Ivan Johnson Outstanding Achievement Award; two Special Service Awards; and the Committee D18 Technical Editor’s Award for STP 1213, Dynamic Geotechnical Testing II. He also received a Service Award from the ASTM Committee on Technical Committee Operations, on which he served a two-year term. Ebelhar has served on the ASTM board of directors since 2010. In addition to his ASTM work, Ebelhar is a fellow and member of the American Society of Civil Engineers and a Diplomate, Geotechnical Engineering, in the Academy of Geo-Professionals.

Read the article online at: https://www.worldcement.com/the-americas/09012015/new-chairman-for-astm-international-114/ 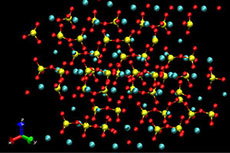 According to researchers at Rice University, MIT and Marseille University, concrete can be better and more environmentally friendly by paying attention to its atomic structure.

ASTM International has proposed a new standard to test the potential performance of the new, wider ranger of materials being used in concrete production. 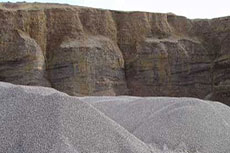