Roanoke Cement Co. (RCC) has achieved ENERGY STAR accreditation from the US Environmental Protection Agency (EPA) for the 11th consecutive year. Roanoke is the only active cement plant in the state of Virginia. 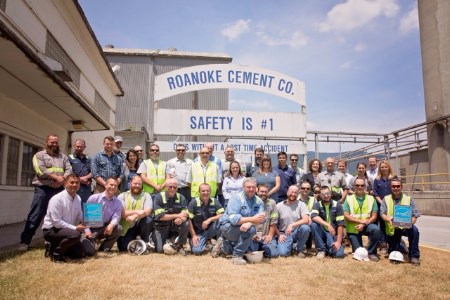 To qualify for ENERGY STAR rating, RCC was required to perform in the top 25% of cement plants nationwide for total energy efficiency, as well as meeting strict environmental performance levels set by the EPA.

“RCC’s plant site in the Roanoke Valley, in the shadow of the Blue Ridge Mountains,” said Chris Bayne, Roanoke Cement’s Energy Manager. “The stakes are higher for us, surrounded by all the beauty, to perform at the pinnacle of the cement industry in energy efficiency.”

Since 1992, RCC has invested over US$100 million in capital upgrades at the plent, propelling itself to the “highest echelon of 21st Century industry,” said Representative Bob Goodlatte of Virginia’s sixth congressional district.

Read the article online at: https://www.worldcement.com/the-americas/08082017/roanoke-cement-maintains-energy-star-rating/