In terms of AFCP’s associate companies, the volume of dispatches of Portland cement consumed on the domestic market including imports totalled 967 760 t during the month. This represents growth of 9.3% when compared to February 2015 and an increase of 7.7% compared to March 2014.

Read the article online at: https://www.worldcement.com/the-americas/08042015/march-2015-argentine-portland-cement-statistics-648/

USGS data shows a 24% increase in gypsum consumption in the US in 4Q14, attributed to the greater number of housing starts in 2014.

According to DANE, grey cement dispatches increased by 6.1% y/y in February, with production up 13.3%. 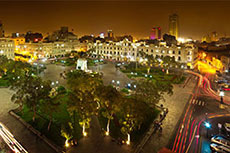 Poor weather conditions, along with lower private investment and confidence, contributed to a 4.1% fall in cement dispatches in Peru in February 2015.