Without major repair, the Memorial Bridge in Washington DC could be closed to vehicle traffic in five years because it is deteriorating so quickly. According to the National Park Service, a US$250 million rebuild is necessary for the bridge, which connects the nations to its fallen heroes on Arlington National Cemetery, or it will have to be closed by 2021.

The Park Service reports that the steel supports of the 84-year-old bridge are rusting through, and its concrete decking has been reduced to gravel. Construction on a temporary fix to the bridge has been scheduled to start next year, at a cost of US$5 million, to prevent the bridge needing to close by 2019. The Park Service plans to apply for federal grant money through the FAST Act and if it is successful, would be enough to pay for the reconstruction of the bridge.

“If the park service had had the funding over the lifespan this past 80 years, we probably could have extended the life of the bridge. Because we just didn’t have the funding, you wind up with it in this condition,” Park Service Director Jonathan Jarvis told the Associated Press. The Park Service has delayed US$11.9 billion in maintenance of its properties, mostly related to transportation infrastructure.

The condition of the Memorial Bridge is symbolic of the condition of America’s surface transportation system nationwide. Although the FAST Act bought time and a slight increase in funding for maintenance and modest improvements, the answer to a permanent funding solution for America’s roads, highways and bridges is still being searched for, and must be found quickly – not when the FAST Act expires in five years. NSSGA is working to initiate those discussions with lawmakers, so that never again do we lurch from funding crisis to funding crisis.

Read the article online at: https://www.worldcement.com/the-americas/07032016/washington-dc-memorial-bridge-under-threat-636/

The aggregates industry continually faces legislation in Congress that directly impacts the bottom lines and the operations of NSSGA members. 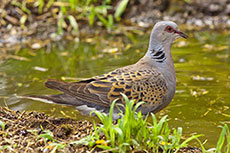 The definition of a critical habitat is to expand to areas that a species may occupy in the future due to climate change or other factors.

A district court judge in Southern Ohio will hear the arguments of NSSGA and fellow litigants against MSHA’s Pattern of Violations rule.