The US Environmental Protection Agency (EPA) employees who are winners of this year’s Arthur S. Flemming Awards are: Dr. Gayle Hagler and Elliott Zenick. These awardees were selected for outstanding work performance, leadership, and their potential for continued excellence.

“I am very proud to see two deserving members of the EPA family recognised with this prestigious award,” said EPA Administrator Gina McCarthy. “The research work done by Dr. Hagler ensures the agency promotes innovative technologies that can monitor local air challenges. Mr. Zenick has devoted countless hours to developing sound, legally solid national rules to ensure the US continues to make progress in reducing harmful air pollution, including the Clean Power Plan. Together they have made lasting contributions in the Agency’s mission to protect the environment and public health.”

Dr. Hagler was nominated for her leadership in research projects to quantify dynamic air pollution on a neighbourhood scale. This includes developing a mobile air monitoring platform, conducting field and modelling studies of air pollution near sources, and developing a data visualisation tool supporting citizen science.

The Arthur S. Flemming award committee highlighted Dr. Hagler’s role in the Village Green Project, which she initiated with resources that were provided when she was selected for the Presidential Early Career Award for Scientists and Engineers. The Village Green Project is a highly efficient, solar-powered monitoring platform that incorporates research-grade air quality and weather sensors into a park bench structure that can be easily placed into a public setting.

Mr. Zenick was nominated for leading the legal team who developed EPA’s Clean Power Plan (CPP), and the new program to control greenhouse gas emissions from existing power plants, one of the nation’s most important steps to address climate change.

The award committee highlighted the legal capacity of Mr. Zenick’s work with respect to rule development and its future implementation. The committee noted that he assembled and managed EPA Headquarters and regional attorneys, constituting one of the EPA’s largest-ever legal teams. They provided critical legal support helping to defeat six court cases attempting to block the EPA from issuing the CPP.

The 67th annual Arthur S. Flemming Awards honours the accomplishments of 12 federal employees across the federal government. The awards are presented by the Arthur S. Flemming Commission and the George Washington University Trachtenberg School of Public Policy and Public Administration, in cooperation with the National Academy of Public Administration.

The award is named after Arthur S. Flemming, an outstanding federal employee who served in government for more than six decades, spanning seven administrations, including service as the secretary of health, education and welfare under President Eisenhower.

Read the article online at: https://www.worldcement.com/the-americas/06062016/epa-employees-receive-awards-exceptional-contributions-232/

The US Environmental Protection Agency has recognised CalPortland with a 2016 ENERGY STAR Partner of the Year. 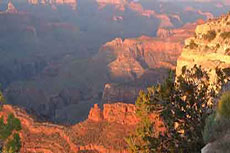 Phoenix Cement, CalPortland Cement and Lhoist North America are affected by the rule, which requires emissions to be cut by 2018. The EPA has released its 2012 National Waste Report, which looks at waste generation and management in Ireland.