Cemex Latam Holdings S.A. has reported consolidated net sales of US$1725 million for 2014, a 1% y/y decline. In 4Q14 net sales fell 13% y/y, attributed to foreign exchange fluctuations and lower revenues from the housing solutions projects in Colombia in 2014. Adjusting for these effects, consolidated net sales increased by 9% for the full year and by 8% in 4Q14 compared to 2013.

Adjusted operating EBITDA decreased by 1% in 4Q14 and by 2% for the full year.

Consolidated cement volumes were up 5% y/y, while ready-mix and aggregates volumes rose 8% and 18%, respectively. The increase is attributed mainly to positive volume dynamics in Colombia.

“We are pleased with the volume performance in some of our markets like Colombia,” said Carlos Jacks, CEO of Cemex Latam Holdings. “In fact, 2014 is the fifth consecutive year with cement and ready-mix volume growth in our operations in Colombia. We also reached new volume records in other markets such as Nicaragua and Guatemala.”

“We remain encouraged by the industry fundamentals in our markets,” said Carlos Jacks. “We expect the infrastructure and housing sectors in the region to remain important drivers for demand of our products over the following years.”

Read the article online at: https://www.worldcement.com/the-americas/05022015/cemex-latam-holdings-reports-full-year-and-4q-results-274/ 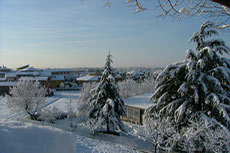 February is the worst month of the year for slips, trips and falls. Cemex UK will hold a month-long safety campaign highlighting the dangers.

According to Venezuelan minister Ricardo Molina, cement output is expected to rise from 7 million tpy to 9 million tpy in 2015, and reach 12 million tpy by 2017.