The US Census Bureau of the Department of Commerce has released construction spending estimates for December 2014.

Construction spending for the month is estimated at a seasonally adjusted annual rate of US$982.1 billion. This is 0.4% higher than the revised November 2014 estimate and 2.2% higher than the December 2013 estimate.

Read the article online at: https://www.worldcement.com/the-americas/03022015/us-construction-spending-estimates-for-december-2014-released-263/

Total shipments of Portland and blended cement in the US and Puerto Rico in November 2014 were 6.5 million t, essentially unchanged from the level in November 2013. 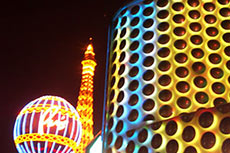 Edward J. Sullivan, PCA Chief Economist and Group Vice-President, will discuss the possible impact of the current oil situation on the construction industry at World of Concrete 2015, including potential near-term gains in the US housing market.

Responding to President Obama’s State of the Union address, the Portland Cement Association says that resilient construction should be key for infrastructure bill.