On 31 May the US Supreme Court ruled unanimously that a landowner can appeal a determination from the Army Corps of Engineers that a water body is subject to federal jurisdiction and permit requirements under the Clean Water Act through the federal court system.

In his concurrence with Chief Justice John Roberts’ decision, Justice Anthony Kennedy noted that the Clean Water Act “continues to raise troubling questions regarding the Government’s power to cast doubt on the full use and enjoyment of private property throughout the Nation.”

In Army Corps of Engineers v. Hawkes Co. Inc., the Court ruled that a property owner can challenge determination from the Corps immediately upon receipt, rather than having to wait for enforcement action and risk significant fines. In the case, Hawkes, a Minnesota peat mining firm, argued that the finding of jurisdictional waters on his land effectively bars him from collecting peat of the affected property.

This decisicion was welcomed by the NSSGA as a positive one for aggregates operations. Often, these determinations are required for permits to expand or open a new facility.

A determination by the Corps or EPA that a body of water falls under the ‘Waters of the United States’ standard means that the landowner needs federal permits for any activity that would alter the water body. The WOTUS rule, which is being challenged by the NSSGA through a lawsuit and is currently under a nationwide stay, would significantly increase the number of waters subject to Clean Water Act requirements. The key dispute in the Hawkes case was whether a jurisdictional determination carries legal consequences, a necessary component in order for the decision to be a final agency action. The Obama administration argued that since new information can change the finding it is not like final actions, but the Supreme Court disagreed.

Read the article online at: https://www.worldcement.com/the-americas/02062016/us-supreme-court-rule-that-landowners-can-appeal-wotus-208/

NSSGA continue to pressure Congress to fight the WOTUS rule

The NSSGA has made a case against the workplace exams rule issued by the MSHA last year. 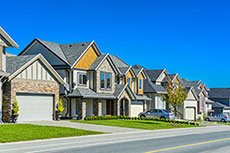 At a hearing today, Bill Schmitz will ask that Congress stop ‘kicking the can down the road’, which is causing uncertainty for small businesses.