At the 2014 conference in Washington, we were able to catch up with Martin Vroegh, 2015 Local Chair for the Toronto conference, to get some idea of what people can expect from next year’s conference.

“From a venue standpoint, Toronto is an exciting city,” said Martin. “You can’t beat walking out the front door of the hotel and being on the busiest shopping street in Toronto, or even in Canada, with Queen St West right there and the Toronto Eaton Centre across the street. Toronto’s having a construction boom right now – we’ve got some of the most cranes of any city in North America thanks to a strong condo market and there’s a big highway expansion project happening just outside the city.”

“The tour is going to be St Marys Cement’s Bowmanville plant, which is one of the largest plants in North America with 1.8 million tpa of clinker capacity. Some of the fantastic things you’ll get to see will be a state-of-the-art emissions control system as well as the development of our Pond Biofuels algae project. I think that’s really going to draw some interest.”

“From a producer perspective, it’s going to be interesting because there are a lot of local Canadian businesses that the producers in the Great Lakes area use but who wouldn’t necessarily come to a big conference in another city – they’ll be able to come to Toronto and other producers will be able to see the talent that the likes of Holcim, Lafarge and St Marys Cement on the northern shore of Lake Ontario already use.”

“Of course, there will be the usual excellent technical content and we’ve already put out a call for papers and for vendors to support the new professional training programme. Certainly, I think there’s an opportunity for St Marys Cement to take advantage of that programme and I’d highly recommend other producers to get their new professionals out to Toronto to get the skills training they’re looking for.”

Read the article online at: https://www.worldcement.com/the-americas/02052014/ieee_ias_pca_conference_preview_135/

Papers are requested for the 2015 Cement Industry Technical Conference, which will take place in Toronto, Canada in April 2015. 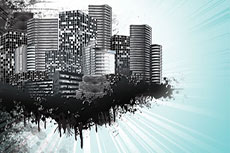 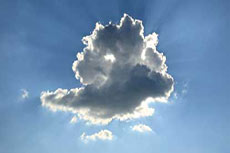