In December 2013, the River Humber breached flood defences and covered the South Ferriby cement plant and surrounding community with 2 m of water. A combination of high tides, strong winds and low atmospheric pressure resulted in a truly devastating level of flooding.

Immediately after the flood, many challenges had to be met in order to begin the process of saving the plant. Firstly, the area had to be secured and cleaned for the small army of personnel needed to rebuild the plant. Before too long 160 portacabins were secured, some arriving from as far afield as Scotland, to provide accommodation for administration, laboratories, canteen and welfare facilities.

The flood had swept through the site on 5 December, cutting off the 11 000 V electric supply and completely destroying 30 switch rooms and two substations. Over 6.4 km of high voltage cable had to be laid to create a new infrastructure of cables to supply the various operations throughout the site. These cables lead to one electrical substation, which houses modern electrical switchgear.

In addition, 30 switchrooms had to be rebuilt along with the vast majority of the site’s electrical systems. LED lighting has been built in to the updated systems to provide savings in electricity.

With the failure of the electric supply when the flood hit, one of the kilns stopped in mid-production with hot material still in it. This caused the kiln shell to bend due to the high thermal load. Months of work have been spent replacing a 22 m section of the 65 m long kiln.

All elements of the cement production process are now controlled from a centralised computer, providing immediate response and allowing for improved optimisation. This new state of the art control system has replaced the five previous control rooms that were dotted around the site.

In December 2014, after much hard work, the first of the two cement kilns was commissioned. The South Ferriby plant had grown organically over the course of 80 years, with new additions built when and where they were required. It is clear that the flooding had a catastrophic effect on the plant and the surrounding area, however, it is also apparent that the flooding allowed Cemex to centralise and modernise all aspects of its operations at South Ferriby. Throughout the different stages of the cement process at the plant, it is possible to see firsthand the destructive impact the flood had on operations but also to see how Cemex utilised the flooding as an opportunity to grow and streamline future work.

This is part one of a three-part article written for World Cement’s Ports and Terminals Supplement and abridged for the website. Subscribers can read the full April issue by signing in, and can also catch up on-the-go via our new app for Apple and Android. Non-subscribers can access a preview of the April 2016 issue here.

Read the article online at: https://www.worldcement.com/special-reports/28032016/rising-deep-cemex-part-one/ 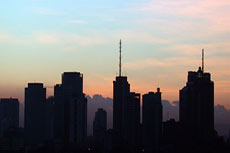 The Cement Manufacturers Association of the Philippines (CeMAP) reported an 18.6% rise in cement sales in 3Q15.

The property market in Indonesia could witness increased prices and slower annual growth due to a rise in the cost of cement. 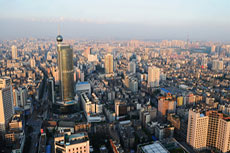 Cemex has announced a number of developments in the progress of its affordable housing initiative.