An EPFL-led consortium is developing a new blend of cement that promises to reduce the carbon footprint of concrete by up to 40%.

Cement production is responsible for almost 10% of human CO2 emissions. Nevertheless, it is one of the most sustainable construction materials. Now, an EPFL-led consortium has received backing from the Swiss Agency for Development and Cooperation (SDC) to speed up the development and testing of a new blend of low-carbon cement. Elaborated with partners from the Indian Institutes of Technology and from universities in Cuba and Brazil, this new blend substitutes up to half of the usual Portland cement used to make concrete with highly abundant clay and limestone, promising to reduce cement-related CO2 emissions by up to 40%. Applied globally, it could help bring down future global CO2 emissions by several percent.

Substituting a fraction of the Portland cement used to make concrete is a well-established way to cut emissions – understandably so, considering that the production of each tonne of cement releases up to 800 kg of CO2. However, alternative materials that allow the substitution of a large fraction of cement have been hard to find. Industrial waste products that are commonly used today – slag from the steel industry or flyash from coal power plants are two examples – but are not available in large enough quantities to keep up with demand.

As Karen Scrivener, the principle investigator of the project, explains, the strength of the combination of calcined clay and ground limestone, which the researchers call LC3 for Limestone Calcined clay Clinker Cement, lies in its chemistry. When used together, the aluminates from the calcined clay interact with the calcium carbonates from the limestone, leading to a less porous, and therefore stronger, cement paste. While in the past, these materials have been used individually to replace a small fraction of the cement, together, they can replace up to half without altering the performance of the final product.

Thanks to partnerships with industrial and governmental partners, the researchers hope to see LC3 become the new gold standard of low-carbon cement, produced by all major cement companies. Two industrial scale pilot projects in India and Cuba have already emphatically demonstrated the robustness of their method and the ease with which it can be integrated into existing cement production lines. In the next phase of the project, larger-scale production tests are scheduled with industrial partners.

LC3 is designed to meet the needs of both industry and users. It was developed in close collaboration with industrial partners and designed to integrate into existing cement production lines. Clay and limestone are available en masse in quarries around the world. And consumers will be able to use it the same way they use ordinary Portland cement today.

Time is of the essence

Time is of the essence, according to Karen Scrivener, who heads EPFL’s Construction Materials Laboratory. With global demand for cement to double by 2050, driven by growing demand in emerging economies, such as India, China, and Brazil, the need for low-carbon cement is becoming more and more pressing. The just over CHF4 million in funding from the Swiss Agency for Development and Cooperation will enable EPFL and its partners to do the necessary research and testing for the introduction and standardisation of LC3, so that it makes it to the market as quickly as possible. “If we want to have a real impact on the sustainability of concrete – its cost, its availability, and its environmental footprint – we have to act before demand explodes in the emerging and developing world.”

The SDC support comes through its Global Program on Climate Change (GPCC).

Read the article online at: https://www.worldcement.com/special-reports/25062014/limestone_calcined_clay_clinker_cement_414/

Data shows a decrease in emissions of greenhouse gases from stationary installations in 2013, but a surplus of allowances persists.

CeraTech has signed up for the challenge organised by Architecture 2030, which will see it target embodied carbon-equivalent footprint reduction goals. 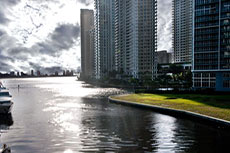 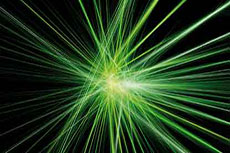