According to CW Group, world cement production is growing annually by around 5%. Recent predictions are for global per capita cement consumption to reach 645 kg by 2017, taking world consumption beyond 4.5 billion short t.

As the world’s biggest producer, China delivered 2480 million short t of cement in 2014, while in Europe, the combined cement and concrete workforce employs 545 000 people, creating an annual turnover of e17.5 billion. With such a constant demand for cement, it is crucial that companies operating in this sector maintain machinery in optimal condition to maximise productivity and maintain operating margins. 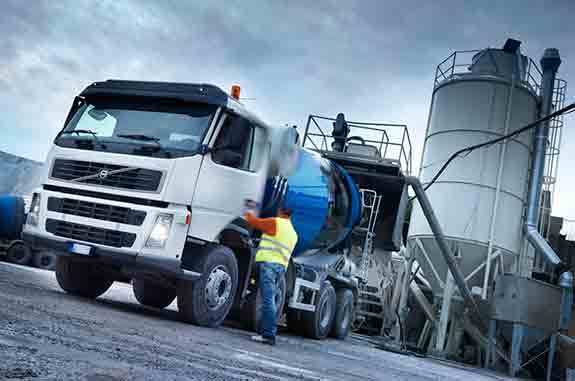 While many of the critical mechanical and production control systems have evolved in the last decade, the basic recipe of silicates, aluminates and aluminoferrites that is necessary to produce quality materials has remained largely unchanged. As a result, the same technical challenges facing producers of machine reliability, repair and maintenance, remain.

Cement production generates considerable quantities of dust and fine particulates, which can present a major threat to efficient machine operation, as they can penetrate systems through damaged seals, worn shafts or by failing to follow correct maintenance procedures. In each case, the consequences are identical: contaminated lubricants, increased and rapid rates of wear on rotating and moving parts, followed by eventual component failure, downtime and loss of productivity.

Throughout, these problems will normally manifest themselves in the form of vibration, noise and localised heat, all of which can be detected using appropriate monitoring devices.

Most cement producers will have effective maintenance regimes in place, often using advanced predictive maintenance programmes so that potential faults can be identified and resolved before they become a major problem and at a time and manner that causes least disruption to the production process. At the heart of these programmes will be small but vital accelerometers or vibration sensors.

Industrial accelerometers typically make use of a piezoelectric effect, from a quartz or ceramic crystal, to generate an electrical output that is directly proportional to the applied acceleration. 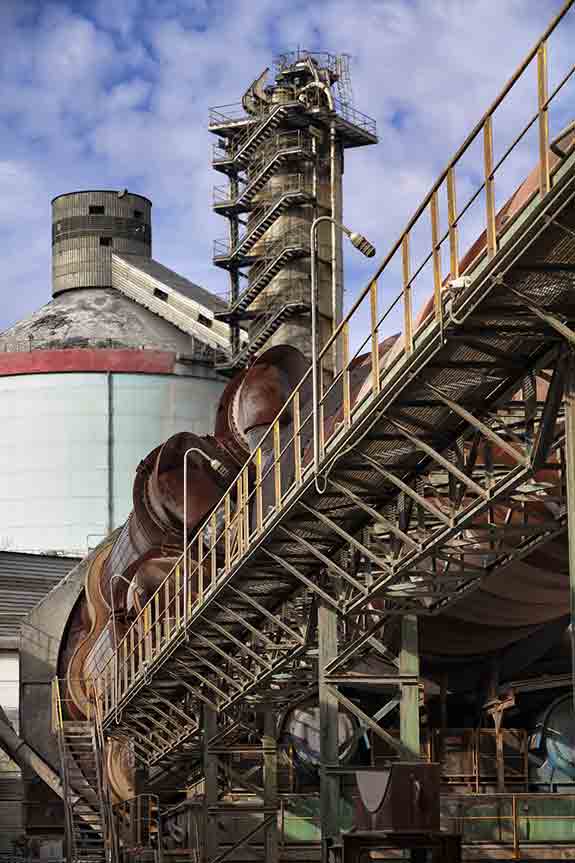 In practice, the force or stress on the crystals is achieved using a movable seismic mass. When stress is applied to the structure of the crystal lattice, it alters the alignment of positive and negative ions, causing an accumulation of charged ions on opposed surfaces. These charged ions accumulate on an electrode, producing an output signal that can be amplified and conditioned by an internal electronics package.

There are several types of industrial accelerometer, of which compression and shear are among the most common. Compression devices typically locate the piezoelectric crystal between a seismic mass and rigid mounting base to create a simple, robust construction, with a high degree of stiffness. This provides a wide frequency response and offers good resistance to high levels of shock.

By comparison, shear devices mount the sensing crystal between a centre post and seismic mass, with a compression ring or stud being used to apply a preload force. This creates a rigid linear structure that, under acceleration, causes a shear stress on the crystal. By isolating the crystal from the base and housing, shear accelerometers have high resistance to thermal transients, can be made smaller and more compact, and are less prone to errors introduced by flexing of the mounting base.

Improvements in sensor design and manufacturing techniques in recent years have produced a new generation of advanced devices that are suitable for use in the most demanding of applications. Modern accelerometers are capable of functioning across wide temperature ranges, measuring high and low frequencies, with extremely low hysteresis characteristics and exceptional levels of accuracy. They are also reliable and robust, with stainless steel sensor housings that are sealed to IP67 or IP68 standards, and available with a comprehensive choice of options.

When specifying an accelerometer, it is important to consider the vibration levels and frequency range or ranges that need measuring, plus the environmental conditions. These can include extremes of operating temperature, the presence of corrosive chemicals, dust or liquids, and the need for equipment to be specified for use in hazardous or potentially explosive atmospheres.

The location of sensors should also be considered. For example, many devices have connecting cables mounted at the top of the sensor – top entry accelerometers. These are extremely effective in many applications. However, in areas where there is a high level of airborne dust or particulates that settle on exposed surfaces, a preferred option is to use a side entry accelerometer, where the cable connectors are better protected. Typical examples of where a side entry accelerometer might be used include crushers, screens, conveyor pulleys and drives.

The choice of connector and cable is also important, as these may need to be armoured, fire retardant or be supplied with custom built fittings for ease of installation.

This is the first of a three-part article written by Chris Hansford and featured in the July issue of World Cement. Subscribers can read the full issue by signing in, and can also catch up on-the-go via our new app for Apple and Android. Non-subscribers can access a preview of the July 2015 issue here.

Read the article online at: https://www.worldcement.com/special-reports/22072015/value-vibrations-part-one/

The UK’s Builders Merchants Federation (BMF) has announced that Hanson Cement will become a member of the organisation, effective 1 February 2015. 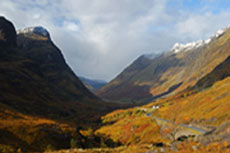 Hanson UK has announced the sale of its aggregate and asphalt operations in Scotland to other Scottish operators.