When a company moves from a national to a global role, success is not guaranteed. Many companies expand into areas where they are unlikely to thrive, because they lack the capabilities needed in their new locales and because the parameters of their home country constrain them. One company from Mexico, however, offers lessons about how to grow in a coherent, effective way: the cement producer Cemex.

Cemex is the subject of a new roundtable story, ‘Cemex’s Strategic Mix’, a discussion among several of its senior executives that was instigated by a Strategy& research project on coherent companies. Strategy& asked me to comment on the roundtable because of my ongoing study of the company. I first came to know Cemex in 2000, when I wrote a Harvard Business School case study on it. I have continued to track the company and its progress ever since. I was originally drawn to Cemex because, according to the academic literature, cement was the type of industry in which one should not expect to see multinational companies. Cemex, by far the most profitable of the multinationals in the cement industry, seemed like the ideal case to study to understand this anomaly.

Cemex, unlike its top competitors, was also an early example of a multinational from an emerging market. Mexico, like many other developing economies, still had not generated much outbound foreign direct investment (FDI). And the bulk of its investment was concentrated in the United States — the destination for more than 80% of Mexican exports. But Cemex bucked this pattern: By the 2000s, it derived more of its sales from its foreign operations than (the few) other Mexican multinationals, and it had also expanded into other Latin American countries and into Europe.

This strategy of deliberate global expansion was closely overseen by Lorenzo Zambrano, the company’s CEO from 1985 until he passed away, at age 70, in May 2014. (Fernando Gonzalez, the former Executive Vice President of Finance and Administration, is now the CEO.)

The foundation of my case was that Cemex generated a significant portion of its superior profitability from its position in Mexico. And although that continues to be true, further analysis and observations have revealed a range of other levers that Cemex has pulled, over the years, to achieve the returns that it does. In fact, the company’s management approach was so noteworthy that in my 2007 book, Redefining Global Strategy (Harvard Business School Press), I used its example at great length to illustrate how value can be created through cross-border development. Cemex was a primary example of the ‘ADDING’ value scorecard I developed for that book. It had succeeded in adding volume, decreasing costs, differentiating itself from competitors, improving industry attractiveness, normalising risk, and generating knowledge.

This is part one of a two-part article written by Pankaj Ghemawat. Read part two here. This article has been adapted with permission from strategy+business published by PwC Strategy& Inc. © 2015 PwC. All rights reserved. PwC refers to the PwC network and/or one or more of its member firms, each of which is a separate legal entity. Please see www.pwc.com/structure for further details. To learn more, read “CEMEX’s Strategic Mix”

Edited for web by Harleigh Hobbs

Read the article online at: https://www.worldcement.com/special-reports/22042015/an-emerging-market-multinational-726/

Cemex is the first company in the UK to operate and trial the new Econic tipper, which has been designed by Mercedes-Benz to provide the driver with an unrivalled field of vision.

A new report from Lux Research shows how better analytical tools are a competitive advantage in determining sustainability achievements. 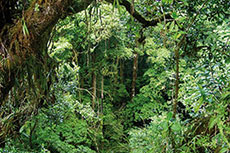 ‘The IUCN Red List: 50 Years of Conservation’ seeks to raise awareness of the most threatened species around the world.

New report dispels myth that companies purchase carbon offsets to “buy their way out” of taking responsibility for their contributions to climate change.