Ratings agency, Fitch Ratings, has revised its global shipping sector outlook for 2016 to negative from stable as muted global trade growth and an economic slowdown in emerging markets exacerbate current overcapacity in the sector, resulting in further falls and volatility to already-depressed freight rates.

The dry bulk shipping sector will under come under particular pressure as China’s slowdown continues. China currently accounts for two-thirds of global iron ore imports and 20% of global coal imports.

“Shipping companies will continue to implement defensive measures, including cost cutting, which will be helped by lower bunker prices, slow steaming, idling and the cancellation of sailings to achieve profitability,” Fitch continued. “But we believe these measures are insufficient to lead to a protracted recovering the sector. Rigorous capacity discipline along with a pick-up in demand would be necessary to reach a sustained equilibrium.”

Fitch’s comments echo analysis from Drewry, which is now forecasting the dry bulk shipping market to remain in the red until 2017 and the earliest – despite a significant slowing in fleet growth – because of slow demand growth.

Chinese thermal coal imports were down 26% in October to just 10 million t, putting total end-of-year imports at 145 million t, down 61 million t on 2014, according to Wood Mackenzie. Average sailing distances have also fallen, further boosting overcapacity, as South African exports to Asia have all but dried up.

As a result, Fitch expects further bankruptcies, particularly in the dry bulk sector, which remains a more fragmented industry, than container shipping.

The Economist recently reported that the Guggenheim Shipping ETF, a weighted index of shares of dry bulk shipping lines, has lost 23% of its value in the first nine months of the year with shares in some operators performing far worse. Several bulk carriers, such as South Korea’s Daebo International and Japan’s Daiichi Chuo Kisen have already been forced in bankruptcy, while Lithuania’s government shut down its state-owned bulk carrier in July.

Beyond dry bulk, however, and the tanker shipping companies should be the sector’s star performers on the back of moderate fleet growth and healthy demand, resulting from oil stockpiling and high refinery throughput.

With dry bulk ship prices at the lowest level since 2003, contracting in the dry bulk sector remains low.

Dry bulk shipping markets are slowly improving from a very low level as the demand side falters. 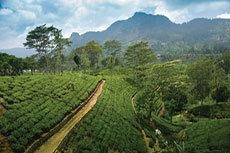 Environmental groups had appealed the approval of the expansion at the Port of Long Beach Terminal, but the city council upheld its earlier decision.