For plant operators, exchanging a conveyor belt often means long downtimes and halting production as well as financial losses. But the Italian cement producer Buzzi Unicem Spa allowed just 17 days to change a steel cord belt in one of its conveyor systems. Thanks to their detailed action plan, the service team from the ContiTech Conveyor Belt Group was able to meet the deadline – and even finished ahead of schedule. 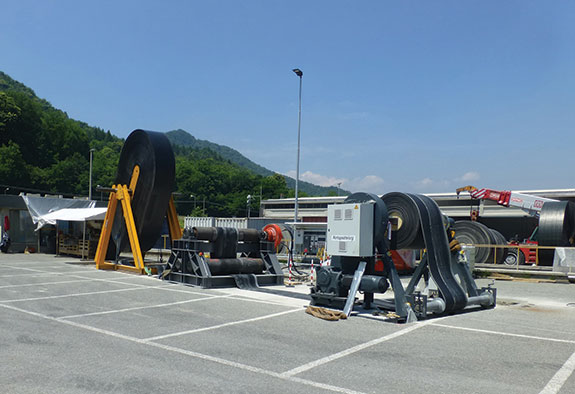 Buzzi Unicem Spa is the largest cement producer in Italy and operates a number of facilities across the country. For the past 100 years, one of these has been located in the community of Robilante, about 100 km southwest of Turin, not far from the border with France. In 1974, a tunnel about 5.8 km long was built straight through the mountain to transport limestone from the quarry to the cement plant for further processing. Inside the tunnel is a conveyor belt system that transports the raw material at speeds of up to 4 m/s. Able to convey about 1200 t in 24 minutes, the belt is 11.6 km long – the longest in the whole of Italy.

Since the system was built, the belt has been exchanged twice, so when it came to the next replacement, Buzzi Unicem Spa was especially keen to ensure the new belt would be durable. The contract for the new belt was awarded to the ContiTech Conveyor Belt Group, with the ContiTech steel cord ST1250 as the solution of choice. Measuring 850 mm across, this belt incorporates cover plates that are 5 mm thick on the carrying side and 4 mm on the running side. The ST1250 is especially well suited for transporting broken limestone over long distances of several kilometres. On request, steel cord conveyor belts by ContiTech can also be fitted with energy-efficient cover plates (EOB), which reduce the system’s energy consumption by 20 – 25%.

“We were able to convince our customer, Buzzi Unicem Spa, of the robustness and durability of our steel cord belts and of the fact that they are an investment with enormous benefits because of their long service life,” says Jan Poppe, Head of Field Service at the ContiTech Conveyor Belt Group.

This is part one of a three-part article written by Stefan Hoheisel for World Cement’s January 2016 issue and abridged for the website. Subscribers can read the full issue by signing in, and can also catch up on-the-go via our new app for Apple and Android. Check back tomorrow for part two of the article on www.worldcement.com.

Read the article online at: https://www.worldcement.com/special-reports/14012016/exchanging-italy-longest-conveyer-belt-1/ 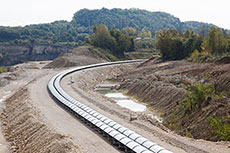 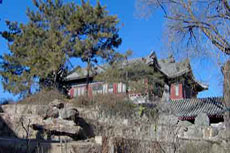