On 20 October, 4B Components Ltd. announced and introduced its new SpeedMaster diagnostic tool.

The new SpeedMaster comes with Pulse Pilot, and is the only device to provide independent, real time and complete verification of an entire speed monitoring system to ensure that alarms and shutdowns are working correctly. It operates in two modes, with input providing the device with the machine’s actual running speed, and output testing the speed switch at set under-speed trip point for real time verification of the monitoring system’s alarm and shutdown functions. It is not necessary to remove the sensor from the machine shaft or to change any system connections when using SpeedMaster. During periodic inspection schedules, it is easy for maintenance and safety personnel to quickly and accurately test speed switches, thereby helping the facility fully comply with insurance audits and OSHA 29 CFR 1910.272.

The latest version features a new ergonomic housing which makes it easier to handle, and a new, brighter, OLED display which uses less battery power for longer lasting performance and easier viewing conditions.

“This latest version of the SpeedMaster™ completes the speed monitoring puzzle. Our new patented testing device will give plants the ability to verify that their speed sensors and systems are working accurately, as well as making sure that PLC’s are programmed correctly and therefore making under-speed motion monitoring systems even safer,” explains Johnny Wheat, 4B President.

Read the article online at: https://www.worldcement.com/product-news/21102015/4b-launches-speedmaster-816/

Randy Longbrake has been appointed as the National Sales Manager for 4B Components Ltd. 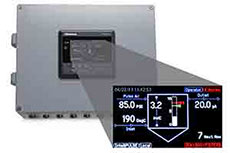 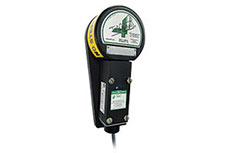 A round-up of the latest appointment news from the cement industry and related sectors, including the UK Green Building Council, Aggreko and 4B components Ltd.