German limestone quarry, Hohenlimburger Kalkwerke, has installed Starclean scrapers from Schulte Strathaus on its conveyor belt systems. The new scrapers have helped to improve conveyor cleaning in an operation that places high demands on its materials handling system. 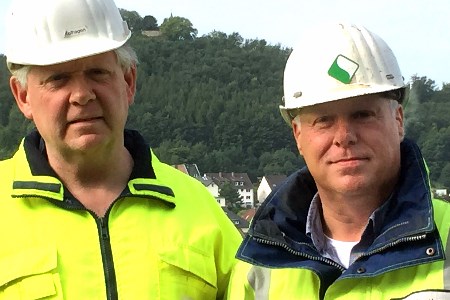 Hohenlimburger Kalkwerke is one of the few quarries in Germany that processes material onsite. This places additional pressure on the conveyor system – pressure that previous scrapers had been unable to deal with.

“There was too much carryback underneath and next to the belt,” explained Ulrich Kolhagen, a mining engineer and Operations Manager at the quarry.

Starclean scrapers were fitted gradually, as existing scrapers reached the end of their service life – including a batch of eight during a winter overhaul. “It’s only feasible with rational planning,” said Kolhagen. “Production has to continue.”

The new scrapers are made from polyurethane for the primary scraper and a combination of polyurethane and carbide for the secondary scraper. Combined with the correct contact pressure, this has resulted in cleaning that “fulfills expections”, said Kolhagen.

The Starclean scrapers also have an extended blade service life of at least two years. Blades are also easily replaced without tools. This has resulted in a reduction in maintenance and servicing needs and led to an overall increase in the whole plants process reliability.

“There have been improvements all round,” concluded Kolhagen.

Read the article online at: https://www.worldcement.com/product-news/04102017/german-quarry-installs-schulte-strathaus-scrapers/