Commenting on the forthcoming line up at Intermat, Colin Clements, Powerscreen Brand Leader, said: “We are excited to launch our new Warrior 600 screen at Intermat 2015. At this important exhibition we will showcase some of the machine’s key features including its compact size, which allows it to be transported in a shipping container and makes it easy to move between job sites at minimal cost. This machine demonstrates how we can meet the needs of the aggregates and recycling segments not just in France but across the world. We look forward to meeting with customers and discussing the features and benefits of our entire equipment range in Paris in April.” 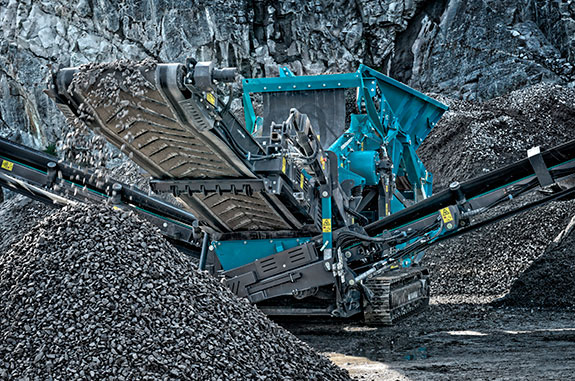 The Warrior 600 is the most recent addition to the Warrior™ mobile screening product family. The most compact heavy-duty mobile screen makes the Warrior range the widest in the market with six machines of varying size to meet a variety of customer requirements. Ease of transport is only one of many exciting features on this new model. The Warrior 600 screen is highly versatile with its groundbreaking simple conversion from 3-Way Split mode to 2-Way Split mode, which can be completed in minutes. It has been specifically designed for operators for whom versatility, manoeuverability and transportation are of key importance. The Warrior 600 also features a highly aggressive 8’ x 4’ screenbox capable of 6g of acceleration. The high-strength, high amplitude, two-bearing screenbox promotes easy handling and separation of large items from material fines in recycling tasks, such as soils from tree stumps and logs, fines and rock from overburden and blasted rock. User benefits include a rapid set up time and ease of operation aided by hydraulic folding side conveyors, rigid feed hopper sides and two speed tracks.

At Intermat, Powerscreen will be at booth F129 in the Mining and Aggregates Hall 7.

Read the article online at: https://www.worldcement.com/product-news/03032015/powerscreen-to-launch-newest-mobile-screen-at-intermat-169/

Powerscreen will present a working display, including its new jaw crusher, cone crusher and heavy duty screen, at Germany’s Steinexpo in September.

In line with increasing demand in the country, Powerscreen has appointed SIF Is Makinalari to distribute the company’s mobile crushing and screening equipment in Turkey.