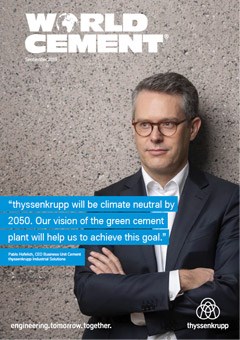 President Trump made headlines recently when he suggested that the US would be interested in purchasing Greenland from the Danish government.

Despite taking the Danes by surprise (as a self-governing region, Greenland isn’t actually Denmark’s property to sell), this isn’t the first time that a US government has considered purchasing the world’s largest island. Indeed, the idea has been suggested at various times over the last 150 or so years, starting as far back as 1867 when Secretary of State William H. Seward commissioned a report on the topic not long after he negotiated the Alaska purchase.

Despite having a population of just over 56 000, Greenland is of significant strategic importance to the US, both in terms of access to mineral resources and in playing host to US military assets, such as Thule Air Base, with the island being described as “a stationary aircraft carrier” situated midway between Moscow and New York. And it’s not just the US that has an interest in Greenland; China too has a keen eye on the potentially vast reserves of untapped resources on the island, and has reportedly attempted to gain approval for its own military bases.1

After taking the value of mineral deposits and future construction potential into account, the Washington Post estimated that if Greenland were to be purchased, it could cost as much as US$1.7 trillion – an eye-wateringly high figure, even for a billionaire President. Whether that’s a price worth paying in the long term remains to be seen – all we know for now is that the President has promised not to build another ‘Trump Tower’ on the island.2

Whilst there might not be any major construction projects taking place in Greenland just yet, construction continues apace elsewhere in North America. In its report on the North American construction sector (pp. 17 – 21), GlobalData details how it expects the region as a whole to see continued growth over the next few years, reaching a total value of US$2 trillion in 2023. The report goes on to mention that the US currently has almost 12 000 construction projects lined up with a total value of over US$4 trillion, whilst neighbouring Canada has nearly 1800 projects valued at more than US$1 trillion.

It might not be quite the same as buying the world’s largest island, but there’s still plenty of big business going on in North America!