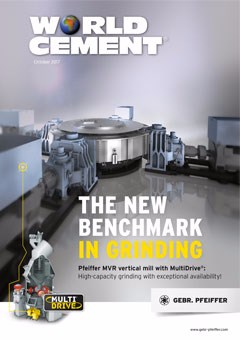 There is currently quite a battle underway in the city of Limerick in the Republic of Ireland. It centres on Ireland’s longest-standing cement plant: Irish Cement’s Mungret plant, which wants to switch away from fossil fuels to cofire alternative fuels at the plant.

In itself, that switch should not be hugely controversial. The use of alternative fuels is well established at cement plants around Europe and beyond. They have been used at Irish cement plants for over a decade: Lagan Cement (a plant we will profile in the November issue) introduced alternative fuels into its mix in 2006. Indeed, Irish Cement had actually received planning permission to use alternative fuels at Mungret back in 2009, Nick Rabbitts of local newspaper, Limerick Leader, told World Cement. That planning application passed almost unnoticed, but with the Irish economy imploding around it – and cement demand with it – the changes were never made.

Since 2009, the area around the plant has “grown up a lot” continued Rabbitts – and with it the scale of opposition to Irish Cement. “There has been a huge increase in young families with parents concerned for the welfare of their children. This is probably what led to increased awareness of what the firm is planning.”

At its heart, the dispute appears to be an issue of trust. The plant suffers from a poor reputation for environmental compliance. In May it was subject to a formal compliance investigation by the Environmental Protection Agency (EPA), after complaints of a significant dust release.

“After initially denying liability for these blowouts, Irish Cement eventually owned up and said the dust did emanate from their factory,” explained Rabbits. “They offered free car washes and window washes for residents. But the damage was already done: there was a breach of trust there.”

The cement maker has also faced (and denies) accusations of secrecy. Campaigners have criticised the company’s decision to let only small groups tour the plant, instead of allowing local residents to visit the plant en bloc. They also claim public meetings about the plans were pooly advertised.

Irish Cement’s difficulties at Mungret raise a couple key points that go well beyond Limerick. Firstly, it firmly establishes the importance of community relations when running large industrial plants near to populated areas. Would Irish Cement have had such a challenge gaining planning permission had it achieved a higher level of trust in the local community? It is worth noting again that trust appears to be the crucial issue here: the change Irish Cement is requesting is not uncommon. Every other plant in the Republic of Ireland – including Irish Cement’s own Platin plant – is already using alternative fuels.

The second point this raises is around the priority planning authorities should place on sustainability against the opinions of local residents. To paraphrase a recent discussion in the Sustainability Professionals LinkedIn Group: if science says a certain outcome is a better “sustainable option”, but local residents say something different, what should a planning authority do?

The switch to alternative fuels at Mungret would reduce carbon dioxide emissions and fuel costs, making the plant more sustainable from both an environmental and business perspective. How do you weigh that up against a community that is dead set against the change? A Planning Board decision on the project is expected early in 2018; a court appeal is likely whatever way that decision goes. The EPA will also weigh in, deciding whether to award an environmental licence. As Rabbitts concluded: there are an “interesting few months ahead!”