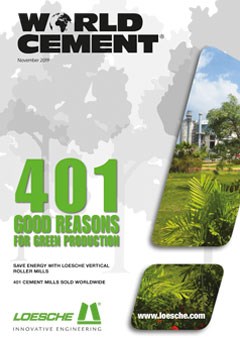 The Middle East is currently host to some of the largest construction projects the world has ever seen. The Gulf states in particular are moving to diversify their economies and wean themselves from oil and gas revenues, which means immense resources are being directed towards building the required infrastructure.

Amongst these projects is Neom, Saudi Arabia’s proposed new mega city. The new city has been described by Saudi officials as “the world’s most ambitious project” and, according to blueprints obtained by The Wall Street Journal, that doesn’t seem to be an exaggeration.

Neom, a combination of the Greek ‘neo’ for new and the Arabic ‘mustaqbal’ for future, is planned to take shape as a 16-borough city covering 10 230 square miles, and will be located in the north-western province of Tabuk. The new city is the centrepiece of Crown Prince Mohammed Bin Salman’s Vision 2030 plan, which seeks to redirect the Saudi economy towards finance and technology – the importance of this is underlined by government’s promise to allocate US$500 billion towards Neom.

Other aspects of the project read like something from science fiction, with plans for artificial rain, robotic servants, holographic teachers, and, staggeringly, a fake moon. John Rossant, a member of the advisory board for Neom, was quoted as saying, “It will be a kind of post-industrial city, zero emission transportation, very heavy use of robotics, etc. The idea is to have a regulatory and legal regime that will be very propitious for foreign investment.” Exactly whether Neom will live up to its futuristic ambitions remains to be seen – phase one of the project is due to be finished next year, with project completion slated for 2025.

Another major middle-eastern construction project is Egypt’s New Administrative Capital. Whilst not on quite the same scale as Neom, the New Administrative Capital is a vast project planned to provide housing for 6.5 million people just 28 miles east of Cairo. The project is anticipated to cost US$58 billion and, like Neom, it has been designed as a ‘smart city’, set to run on renewable energy with residents travelling by cashless, electric transport. Designed to replace Cairo, which has been the Egyptian capital since 972 AD, the New Administrative Capital should see the transfer of parliament, presidential palaces, government ministries, and foreign embassies by 2022.

On a related note, you might get a chance to see the New Administrative Capital first hand if you’re heading over to Cairo for this year’s AUCBM Arab International Cement Conference & Exhibition. The World Cement team are going to be exhibiting at the show (Stand K4), so feel free to drop by. And if you can’t wait until 24th November, you can take a look at our AICCE preview (pp. 71 – 82) to get an insight into what some of the exhibitors are showcasing.