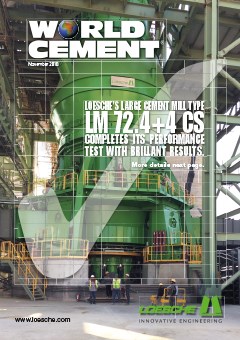 Irreversible and catastrophic climate change. It is the greatest challenge facing humanity. It will require all of our ingenuity, creativity, and determination to prevent. And the timeframe in which to prevent it is growing very short.

That was the message of the recent summary report from the Intergovernmental Panel on Climate Change (IPCC), released last month at a meeting of the IPCC in Incheon in South Korea. Reviewing more than 6000 scientific studies, the report concludes that, “limiting global warming to 1.5°C would require rapid, far-reaching, and unprecedented changes in all aspects of society.” Yet the benefits of keeping the temperature rise limited to 1.5°C are significant.

Under a 1.5°C scenario, sea level rise would be 10 cm lower than with a global warming of 2°C or more. Coral reefs would be decimated with 1.5°C of warming, but some (10 – 30%) would survive, as opposed to being virtually lost under a 2°C rise. The Arctic would be ice free only once a century with a temperature rise of 1.5°C, compared to once a decade with a rise of 2°C.

It is not just the natural environment that would feel the impact. A warming of 1.5°C would give people more room to adapt and remain below relevant risk thresholds, according to Hans-Otto Pörtner, Co-Chair of IPCC Working Group II, which assesses the impacts of climate change. At 1.5°C, the proportion of global population could be 50% lower than at 2°C; food scarcity would be a more manageable challenge; millions fewer people would be at risk of climate-related poverty or extreme weather events.

“It is a line in the sand and what it says to our species is that this is the moment and we must act now,” said Debra Roberts, Pörtner’s Co-Chair of Working Group II. “This is the largest clarion bell from the science community and I hope it mobilises people and dents the mood of complacency.”

Roberts’ hope for mobilisation begs the question: who is it likely to mobilise? The release of the report certainly whipped up a storm of media coverage. Although helpful, media coverage quickly dies down and moves on to the next story. Current political attitudes to climate change meanwhile seem to range from distracted to disinterested or simple denial – none of which will facilitate the change required.

This last statistic offers a way forward. It is clear that, in many parts of the world, the political will to advance the policies required to limit climate change is missing. This puts the onus for change on companies and industries (such as cement) – and on their shareholders, employees, customers, neighbours, as well as the general public.

“We see many governments failing to prepare for the future,” wrote Larry Fink, Chairman and CEO of BlackRock Inc., to the corporate executives of public companies back in January. “As a result, society increasingly is turning to the private sector and asking the companies to respond to broader societal challenges […] Society is demanding that companies, both public and private, serve a social purpose.”

The cement industry is not idle in this. As previously discussed, much good work is already being done that the industry should rightly be proud of. The question should instead be: can the industry do more – and with the necessary speed? If we are to bequeath a future to the next generations, the answer must surely be, yes.