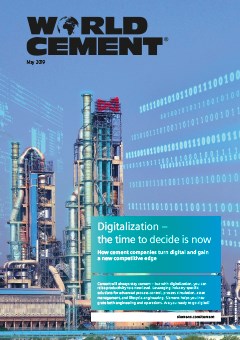 Watching Netflix’s latest documentary series, ‘Our Planet’, is a conflicted experience. On the one hand, the scenes captured over four years of patient photography are spectacular. Yet there is more to this series than a simple – if stunning – celebration of nature. The narrative thread that runs through the series is the haunting truth that these images should not be taken for granted: nature is precarious. As the series host, Sir David Attenborough, says in episode one: “For the first time in our history, the stability of nature can no longer be taken for granted. All across our planet, crucial connections are being disrupted; the stability that we and all life relies upon is being lost.”

Nature is precarious. But given the chance, nature can also bounce back. One striking example comes from the ruins of Chernobyl. The nuclear disaster that befell the area in 1986 forced out the human inhabitants but created space for nature to move in. In some of the most striking scenes, the programmers show a city that has been reclaimed by nature. Trees now grow up through roads and buildings; perhaps most remarkably of all, the region’s apex predator, the wolf, has returned.

Another success story is Przewalski’s horse. Native to Mongolia, Przewalski’s horse was extinct in the wild but has been reintroduced and several wild populations now exist. Such reintroductions – in protected and managed spaces – are a sign that nature is not lost: there is time to save the biodiversity that makes our planet so special. The news last month that CEMEX has helped to reintroduce the American bison to the El Carmen Nature Reserve in North America is therefore very welcome.

The introduction of the bison to El Carmen, which spans the Mexico-US border, will create a second protected herd and comes after similar CEMEX-sponsored reintroductions, such as the pronghorn antelope and bighorn sheep. It is also a good example of how corporations and conservationists can work together, a point Vincente Saiso, CEMEX’s Director of Sustainability, made in a press release: “With the enormous challenge that the reintroduction of the bison represents, CEMEX increases its legacy of biodiversity conservation in the El Carmen Nature Reserve and shows how partnerships between companies and conservation organisations can create a better future for our planet.”

This is the message I would also like to leave you with, as this will be my final Editor’s Comment for World Cement, before taking leave of the editor’s chair in June. We are in the middle of a revolution in industry: automation and data exchange are reshaping the way products are manufactured. But Industry 4.0 needs quickly to move to an Industry 5.0, in which industry adapts and learns to exist with the natural world – allowing both to thrive. It’s not beyond the ingenuity of humanity: our success in meeting this challenge is perhaps the greatest task we have undertaken.

Finally, my thanks go to all I have worked with over the time I have occupied this chair. It has been an honour to edit World Cement and to meet many of you in the course of my travels. Stay safe. And – as always – enjoy the issue.